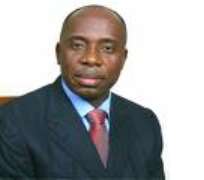 Amnesty International is calling on your government to cease all forced evictions of residents of the several waterfront areas in Port Harcourt, Nigeria. I urge you to use your authority and influence, as the Governor of Rivers State, to ensure the promulgation of laws and policies and the implementation of practices that guarantee the progressive realisation of the right to adequate housing for residents of the waterfronts and other deprived areas in Port Harcourt.

Your government must adopt immediately a moratorium on all evictions from the waterfronts in Port Harcourt. The moratorium must remain effective until all necessary safeguards have been put in place to ensure that future planned evictions are carried out in accordance with national law and international human rights law and standards. This includes the development of a resettlement plan to provide adequate alternative housing to affected residents, in genuine consultation with all affected people.

As you know, Amnesty International produced two reports in October: Just Move Them: Forced Evictions in Port Harcourt, (AI Index AFR 44/017/2010, 28 October 2010) and Port Harcourt: Excessive use of Force Against Protesters (AI Index AFR 44/022/2010, 11 October 2010). Both reports are attached here for your consideration. The reports highlight the numerous human rights violations that accompanied the August 2009 forced eviction of resident of Njemanze waterfront, and the use of excessive and unlawful use of force in Bundu Waterfront by Nigeria security forces, respectively.

In addition to the above, Amnesty International has initiated a right to adequate housing campaign focusing on, amongst other countries, Nigeria. This work is part of Amnesty International's Demand Dignity campaign, which aims to end the human rights violations that drive and deepen global poverty. The campaign will mobilize people all over the world to demand that governments, corporations and others who have power listen to the voices of those living in poverty and recognise and protect their rights.

Amnesty International reiterates its call for the federal government of Nigeria, with the co-operation of the Rivers State government, to set up an independent commission of inquiry to investigate the excessive use of force and unlawful use of firearms by the security forces at Bundu waterfront and the reports of deaths and injuries. The findings of the commission of inquiry must be made public; and those suspected of using unlawful force should be prosecuted, in accordance with international fair trial standards and without recourse to the death penalty.

In reaction to Amnesty International's reports your government issued a number of statements that were reported in the local media, to which the organisation wishes to respond.

Rivers State government is reported to have stated that 'the Waterfront slums in Port Harcourt are not fit for human habitation' and has offered 'Amnesty International a free year rent at any of the waterfront of their choice for official and residential purposes for them to see if the areas are indeed habitable.'

The Rivers state government has obligations to respect, protect and fulfil the right to adequate housing of the residents of the waterfronts. If the government deems homes in the waterfront settlements to be inadequate and uninhabitable, the answer is not to evict people. It must provide adequate alternative housing and/or improve immediately housing in the waterfronts. The government must not evict people and demolish their homes, without due process and without the provision of alternative adequate accommodation. Pushing people from inadequate housing into further homelessness and even deeper levels of poverty is inhuman and cannot be the solution.

Amnesty International is campaigning for the Rivers State government to put in place laws and policies and implement practices that will result in the progressive realisation of the right to adequate housing. We are campaigning for the rights of waterfront residents to live in adequate and decent homes and for the government to live up to its responsibilities to people living in Port Harcourt. The plans to demolish the waterfronts without a resettlement plan to provide people with alternative housing will not lead to better housing conditions for the residents of the waterfronts. These plans violate the right to adequate housing. Amnesty International supports the inhabitants in calling on the government to comply with requirements under its own law and international human rights treaties to which it is a party. These include the right of people to be protected from forced evictions, and to have a say in decisions that affect their lives. Participation by waterfront communities in the design of housing strategies and programme is the best way to ensure that they are relevant and effective.

Neither Amnesty International nor the residents of the waterfronts are opposed to plans to re-develop the area. However, there must be genuine consultation with all potentially affected people when considering plans for the urban renewal, redevelopment, upgrading or demolition of the waterfronts. Evictions must only be carried out as a last resort, after all feasible alternatives have been explored. And procedural protections required under international human rights law should be in place, in particular the requirements on consultation, the provision of adequate notice, adequate alternative housing, compensation and access to legal remedies.

Amnesty International documented the forced eviction of residents of Njemanze waterfront in August 2009, and the failures by the Rivers State government to provide adequate safeguards against forced evictions in its preparation for the demolition of other waterfront settlements. Amnesty International has not claimed that the demolition of the waterfronts contravene any global environmental regulation.

Forced evictions are a violation of Rivers state's own laws, as well as regional and international human rights treaties to which Nigeria is a party. The Rivers State government has cited its 2003 Physical Planning and Development Law No. 6 as providing the legal basis for the demolition of the waterfronts and the eviction of the residents. However, Law No. 6 stipulates that an 'Urban Renewal Board' should be established to oversee all urban planning and development in the state. This Board would be empowered to declare an area, such as the waterfront, to be an 'improvement area'. Once land has been designated as an 'improvement area', the authorities must consult affected residents, and provide alternative housing. Law No. 6 also imposes restrictions on demolitions. No Urban Renewal Board has been established in Rivers State. I urge you to ensure that these statutory bodies are put into place to ensure compliance with the laws of the State and to protect the rights of residents from arbitrary acts of deprivation.

Your government claims to have undertaken a buy-out scheme, purchasing all the properties in the waterfront and paying owners a replacement value for them. Under this scheme, tenants have no entitlements and house owners who do not want to sell their properties will not be compensated, however, their houses will still be demolished with no offer of alternative accommodation. The state has a responsibility to protect its most vulnerable population by ensuring they have adequate housing. A state cannot shirk this responsibility by engaging in wholesale eviction of communities, without putting into place any measures to ensure the community's welfare, ensuring that children, the elderly, the sick are looked after.

The Rivers State government is reported to have stated that 'the acquired spaces will be mainly for housing.' Amnesty International urges your government to provide information on plans for relocation and the provision of alternative accommodation to persons intended to be evicted from the waterfronts. It must also consult all affected persons on these plans. Your government should also provide adequate alternative housing to all those who were forcibly evicted from Njemanze waterfront in August 2009. None of them were relocated or provided with alternative accommodation.

Amnesty International invites your government to publicly commit to ensuring that any alternative housing provided to people meets requirements under international human rights for adequacy of housing, especially in terms of location, affordability, habitability and availability of public services such as health and education, which remain major obstacles to relocation in new urban cities. And to ensure families are relocated together. The Rivers State government is reported to have stated that 'the state had enumerated, compensated and evacuated people from the Njemanze waterside and Abonnema Wharf waterside without a single person been shot at',

It is correct that no shots were fired during the forced eviction of people from Njemanze. However, this response does not address the more pertinent query raised relating to the use of excessive force and unlawful use of firearms by security forces against protestors during an enumeration exercise at Bundu waterfront on 12 October 2009. The shooting incident must be investigated and security officers responsible for human rights violations must be brought to justice.

Amnesty International is also concerned about the numerous irregularities that marred the enumeration process in Njemanze and Abonnema Wharf waterfronts. House owners told Amnesty International that when they agreed to the enumeration and valuation of their properties, they were required to sign over Power of Attorney to a private company which was carrying out the valuation. The company deducted 10% of the total compensation awarded as professional fees. This fee was non-negotiable and was apparently not fully explained to the house owners beforehand. Property valuations were not disclosed to house owners following enumerations at the waterfront settlements. In Njemanze waterfront, house owners were not told how much they would receive until shortly before the demolition took place, when they were invited to collect their money. A few of the house owners were never paid at all.

Tenants and house owners who do not want to sell their house receive nothing. The Rivers State government is reported to have stated that: "The truth of the matter is that there was no shooting and killing...nobody was killed and no person was shot at.' Amnesty International has brought to the attention of your government information that establishes that the security forces used excessive force in Bundu. Video footage of the protest at Bundu, including the moment the security forces started shooting is publicly available. Amnesty International interviewed 12 people who were shot and seriously injured by security forces at Bundu waterfront on 12 October 2009.

Amnesty International saw their injuries, viewed their medical reports and x-rays and local medical personnel confirmed that they treated people for gun shot wounds that day. Eyewitnesses told Amnesty International they saw six dead bodies piled in the back of a Hilux police pick-up truck. Amnesty International also interviewed several women who were beaten and assaulted by members of the security forces that day, and whose homes and businesses were broken into and looted. Amnesty International is dismayed at the blanket denials issued by your government. Your government has not undertaken investigation of these allegations, notwithstanding the video evidence and medical and testimonies of victims.

I urge you to reconsider the decision taken by your government not to investigate the complaints made by victims pertaining to the shooting in Bundu. It is a duty of every government to ensure the well being of its people and to ensure that their human rights are upheld. Amnesty International looks forward to hearing from you and in particular to continuing dialogue on this very important human rights issue.