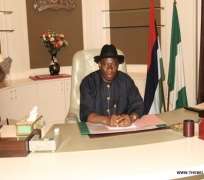 At the peak of the spate of organized armed kidnappings by murderous gangs in Aba, the commercial capital of South East Nigeria, I sent an urgent save our soul text message to a very important minister in the cabinet of President Goodluck Ebele Jonathan and urged him to impress it on the president that if nothing urgent and comprehensive is done to arrest the state of anarchy, lawlessness and mass killings in Aba, Abia State then posterity will Judge harshly the current holders of offices in the political governance structure of Nigeria for abysmally failing to protect innocent Nigerians from the ferocious attacks of murderous gangsters.

That particular minister called me back and spent thirty minutes to express his angst at the situation of desperation and pursuit of earthly wealth by all means manifested by clearly a majority of the youth in the South East region. He alleged that the situation of near-anarchy and wanton destruction of lives and property of innocent citizens by organized armed gangs is traceable to these extreme materialistic tendencies of the youth in the South East.

He told me pointblank to tell him if poverty, unemployment and hardship only affects the youth residing in the five South East states and wondered why similar spate of violent crimes are not replicated in other zones of the country where the youths are equally jobless. He however told me that the federal government will surely take military action to halt the emerging state of insecurity and anarchy in Aba, Abia state.

I was not shocked nor surprised by the tone of this minister’s reaction knowing fully well that as a man who is not from the South East region, he is also afflicted by the virus of hasty generalization and fallacy of classifying all South Easterners as extremely materialistic. This minister of the federal Republic is not alone in holding on to this nebulous stereotype of believing that people from South East are more materialistic than other mortals elsewhere.

Trust me readers, I did not let go these heaps of insults uttered by this serving minister whom I have chosen not to identify because of the fact that as a professional writer, I know when to respect the anonymity of certain persons especially those persons in some of sensitive jobs when I am told things in strict confidentiality. But I gave it to him and made him know that the South East region more than any other war-ravaged society has remained structurally neglected by the government at the federal level since after the unfortunate fratricidal civil war of 1967 to 1970.

The South East suffered monumental aerial bombardments resulting in the destruction of most infrastructures. When the war ended in the early seventy or late sixty nine, the then military dictator General Yakubu Gowon introduced what he called three R’s namely Reconciliation, Reconstruction and Rehabilitation.

Several years after that historic pronouncement by General Gowon, the people of South East ravaged by that unfortunate war only got total reconciliation but were never rehabilitated nor were the devastated infrastructure deliberately reconstructed. What you now see as development in the entire South East states came about through dint of self effort and community driven development.

The federal Roads that criss crossed some states in the South East are some of the worst roads in the entire world and the region does not have a single petroleum refinery even when Abia and Imo are members of the crude oil producing Niger Delta region. Anambra is known to harbour rich reserves of crude oil but no effort is made by the federal government to put facilities in place for the exploration or drilling of the resources thereby denying the people of Anambra the dividends that they may get if classified as oil producing state in Nigeria.

It is not as if other parts of Nigeria have become heavens courtesy of the activities of the federal government, but the state of lack of federal presence in the five South East states cannot be said to be a mere coincidence but a deliberate plot and ploy to undermine the economy of the South East state and render it prostrate and make the people to suffer undue deprivation. Opinion poll commissioned by the Human Rights Writers’ Association of Nigeria (HURIWA), to gather the position of the ordinary people regarding the situation of total neglect and lack of basic infrastructures shows that most people believe that the residents of South East are facing collective punishment for participating in the fratricidal civil war which by the way cost the South East more in terms of destruction of physical assets and lives.

Those interviewed urged the federal government to introduce what they call Marshall Plan for the rapid infrastructural development of the South East states.

Most people pointed to Afghanistan, Iraq and other war ravaged societies whereby government at the federal level in partnership with international donors are spending massive financial resources to reconstruct the devastated infrastructures.

I too support this clarion call on President Jonathan to introduce a Marshall Plan for the radical infrastructural development of the long neglected South East region of Nigeria so as to bring to a final closure, the civil war of over four decades ago. If the government has decided to build a new town for Ogoni people for their long years of environmental destruction by the activities of multinational oil firms, there is also the urgent need for this same government to bring to an end the systemic and structural marginalization from all federal administrations of the entire South East. It is good that past military administrations created more states for the South East even though the law of equity was not followed to give the people of South East same number of new states than their contemporary geopolitical zones, but the five states of the South East are bereft of the presence of any federal agency of strategic significance that would have invariably attracted structural development for the region.

In Aba for instance, the enterprising traders and shoemakers in Ariara market cannot access soft loans from financial institutions to grow their businesses and engage more hands. The state of infrastructure in Aba is next to nothing even as electricity power supply is much more epileptic and unstable than what other areas around the country confront on daily basis.

On his back page column of Friday, November 12th 2010, Femi Adesina, a senior editor with Daily Sun Newspaper wrote thus; “If truth be told, the Igbo nation has been given the short end of the stick in the Nigerian federation. For too long, they have been marginalized, circumscribed, treated as second class citizens. This is unconscionable.”

But this writer is indeed shocked that cultural associations like OHANAEZE NDIGBO which should spearhead the crusade for the radical infrastructural transformation of the South East region are busy playing partisan politics of endorsing the current President to contest election in 2011 even when it is clear that the current administration has continued in the business- as -usual marginalization of the South East.

The consequences of the total neglect of infrastructure in Aba is that factories are closing down in droves thereby rendering hundreds of thousands of youths jobless and driving them invariably to crime particularly when inflow of small arms and light weapons have become regular especially from the restive oil producing communities of near-by states.

For better understanding, the kind of Marshall Plan being advocated for South East Nigeria is to be patterned after the original Marshall plan also called the European Recovery program, (ERP) undertaken by the government of the United States from 1947-1951 shortly after the Second World War.

The Marshall Plan (officially the European Recovery Program, ERP) was the primary program, 1947–51, of the United States for rebuilding and creating a stronger economic foundation for the countries of Europe. The initiative was named for Secretary of State George Marshall and was largely the creation of State Department officials, especially William L. Clayton and George F. Keenan. Marshall spoke of urgent need to help the European recovery in his address at Harvard University in June 1947.

The reconstruction plan, according to Wikipedia, the free encyclopedia, was developed at a meeting of the participating European states, and kick started on June 5, 1947. The plan was in operation for four years beginning in April 1948. During that period some US $13 billion in economic and technical assistance were given to help the recovery of the European countries that had joined in the Organization for European Economic Co-operation. This $13 billion was in the context of a U.S. GDP of $258 billion in 1948, and was on top of $12 billion in American aid to Europe between the end of the war and the start of the Plan that is counted separately from the Marshall plan.

Just like the Belgian Economic historian Herman Van der Wee who stated that the Marshall Plan was a “great success”, I do believe that if well implemented, a Marshall Plan for the infrastructural development of the South East states will reduce crime to the barest minimum and will surely give the people a sense of belonging. For now, most people in the South East believe that the Federal government does not wish them well which is why all federally maintained infrastructures are in a terrible state of disrepair. The Federal government must do something pragmatic to restore peoples’ confidence in the system.