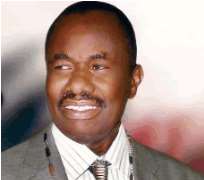 Prof Chukwu
The President, Pharmaceutical Society of Nigeria (PSN) recently noted that inspite of unfortunate distractions, the leadership of the association has continued to optimize potentials of the profession.

Speaking at the 83rd Annual National conference of PSN, he said some of the landmarks in the past one year includes setting the clarification of the president through the Federal Ministry of Health that Pharmacists must remain firmly in charge of drug procurement at all levels.

According to him, ' The Pharmaceutical Society of Nigeria has also continued to forge ahead in spite of unfortunate distractions which we have to contend with. We at the National Secretariat continue to direct our energies and skills to optimize the potentials of the profession. Modest gains are being reaped in major public sector posturing as we can report some landmarks in the course of the year including: the clarification of the President through the Federal Ministry of Health that Pharmacists must remain firmly in charge of drug procurement at all levels in line with the provisions of relevant statutes and the National Drug Policy. Creation of eleven GL 17 for Pharmacists at the Federal Ministry of Health irrespective of whether they are designated as directors or not, introduction of dispensing software in community and hospital pharmacy practice. Empanelling of a strategic committee to design a new vision for pharmacy and recent sealing and hopeful permanent dismantling of the Idumota drug market in Lagos/Tenant Road Drug Market in Aba.

' We have also continued to champion bids to redress glaring areas of injustice meted out to the profession in the last few years. Pharmacists· must remain incurable optimists that we have the skills, knowledge and commitment to reposition pharmacy practice.'

As we celebrate this 83rd Annual National Conference of the Pharrnaceutical Society of Nigeria, Pharmacists must adopt the right attitude that places them firmly as primus interpares in the annals of healthcare dispensation globally. We must move beyond our traditional roles to assume new callings as health counselors and advisers. ' 'Pharmacy facilities must also begin to evolve as ideal health centres which play prominent roles in Preventive Health which is the road map for future health plans. The theme of our conference is significant because we must begin to have impactful vision in nation building.'

'If countries like China and India have evolved into hubs for drug manufacturing to the whole world, Nigeria must learn to take a cue. A well developed pharmaceutical sector positions us to make quantum revenue from pharmaceuticals while also stabilizing national security especially against the challenges posed by the fake drug syndrome.'

'The Pharmaceutical Society of Nigeria and its affiliate organs have sustained a good level of advocacy on the issue of fake drugs in the last two decades or more. Recollect that Pharmaceutical Society of Nigeria was instrumental to the enactment of the first law on fake drugs (Decree 21 of 1988) in Nigeria. We also championed the establishment of a stronger Pharmacists Council of Nigeria as part of strategy to entrench good drug distribution and rational drug use. It is also on record that we fought for the creation of NAFDAC which is today a mutilation of glorious day enacted by its pioneering Director-Generals who were experts and giants in pharmacy.

'The militating bane in the fake drug war has always been the lack of political will to enforce the most salient provisions of the law. For over 20 years now, sales of drugs continue unabated in places where the law prohibits such including open markets, ferries, buses and so on. There is also the dimension of hospitals especially in the private sector which stock drugs for sale and dispensing, which constitutes a violation of Section 2 of Act 25 of 1999 because over 99% of private hospitals do not have 'registered pharmacy facilities to stock drugs, neither do they have registered pharmacists to handle dispensing, yet it is business as usual, he said'

The lessons we are learning from all these is that there is need to empower the Taskforce to give it the teeth it needs to bite.

Nigerians must be grateful to the Lagos State Government and its Task Force on fake drugs for demonstrating the political will which confirms that there is nothing clairvoyant about enforcing statutory provisions of law in the sane world. We must draw consumers on memory lane to the antecedents of the Idumota Drug Market.

We also must alert the Lagos State Government to be wary of the pressures from concerned parties at times of crisis of this nature. In 2007 during the unfortunate reopening of Onitsha drug market as a result of tremendous local pressure brought to bare on NAFDAC, all strata of promises' were made as to how the Onitsha bridgehead market would be sanitized by the Anambra State Government, Onitsha Patent and Proprietary Medicine Dealers Union (OPPMDU) and other interested parties.

Four years down the line none of those promises have been fulfilled and the Onitsha Drug Market remains a thriving bedrock of fake drug distribution.

It must be said that the Idumota Drug Market is the most strategic of the plethora of drug markets in Nigeria because of the major seaports and airport which are the ports of entry are located in Lagos State. This is why the network of distribution through the cartel in the Idumota drug market to other barons in the various drug markets in other Nigerian cities is always a smooth process. In the light of this scenario, if the Lagos State Government hopefully smashes the vestiges of the remains of operators in the Idumota drug market, the incidence of fake drugs in Nigeria will drastically reduce by over 50%.