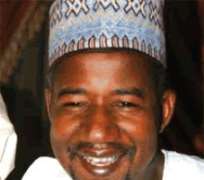 The infrastructural challenges faced in the Federal Capital Territory caused by the ever increasing movement of people from all parts of the country into Abuja which has not been matched with adequate budgetary provision has poised a major impediment to environmental, housing and social infrastructure which seems to have deferred adequate solutions.

The FCT Administration has made spirited efforts to open up new districts in the Phases II, III and IV in order to reduce pressure on the overstretched basic infrastructure in the Phase of the city centre but has been constrained due to ever decreasing budgetary allocation because of the competing needs in the face of scarce resources.

Basic infrastructures have indeed been provided in the Phase I of the Federal Capital City which include the Garki I & II; Wuse I & II; Maitama, Asokoro Districts and Central Business District which has been provided partially.

Previous leadership of the FCT Administration however took the bull by the horn by providing the required infrastructures in Utako, Jabi, Guzape Districts but the movement of the seat of the Federal Government coupled with relocations of some embassies, Federal Government parastatals and Agencies as well as United Nations Agencies have left the residents at the mercy of inadequate infrastructures put in place in the Districts mentioned above.

These funding problems have however become global in nature and it gave birth to the Public-private partnership (PPP). Under the PPP arrangements, government service or private business venture are allowed to be funded and operated through a partnership of government and private sector companies. The PPP involves a contract between a public-sector authority and a private party, in which the private party provides a public service or project and assumes substantial financial, technical and operational risk in the project.

In some types of PPP, the cost of using the service is borne exclusively by the users of the service and not by the government revenue. In other types, capital investment is made by the private sector on the strength of a contract with government to provide agreed services and the cost of providing the service is borne wholly or partly by the government. Government contributions to a PPP may also be in kind especially projects that are aimed at creating public goods like in the infrastructure sector in Katampe which has been fast tracked by the present leadership of the FCT Administration.

This approach is similar to site and services which is aimed at bringing shelter within the economic reach of the poor. Recognizing that the vast majority of low income families in the world build their own shelter, which lacks basic hygiene, access and electricity, hence the strategy was developed. The approach first appeared on a large scale in Madras (now Chennai) in 1972 when the World Bank engaged their leadership to advise the Madras Metropolitan Development Authority (MMDA) on their housing sector investments. It links the user group's ability to pay with land prices and the costs of rudimentary and up-gradable infrastructure. The fundamental idea is to market plots with essential infrastructure at market prices, to avoid the resale of subsidized housing, directed at low income groups.

The Katampe District of the Federal Capital City is one of the most difficult terrains because of its hilly nature. Be that as it may, the FCT Minister, Senator Bala Abdulkadir Mohammed has been able to break the jinx by sealing the deal with M/S Deanshanger Projects Limited being the proffered bidders for the realization of this unique Public-Private-Partnership initiative which may perhaps be the first of its kind in the West African sub-region with estimated capital inflow of over N61 billion.

The FCT Administration has been able to compile and document detailed layout maps of Katampe District with all plots parameters namely: categorization as allocated and built; allocated but empty; and unallocated plots; residential as well as social service plots. Before signing the concession agreement, the project department which is the Federal Capital Development Authority has been able to establish the completeness of project design, scope, specifications and performance indicators. All these were perfected towards making the design comprehensive with detail Bill Engineering Measurement and Evaluation for final consideration as ideal negotiation document.

Nigeria is today at threshold of history because the Katampe deal has indeed become a reference point as it concerns this laudable PPP initiative which is now globally accepted, courtesy of Senator Bala Mohammed's doggedness and pragmatism.