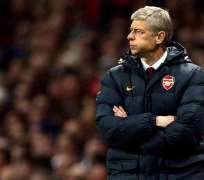 Arsenal manager Arsene Wenger apologised for the challenge by captain Cesc Fabregas which led to Wolves defender Stephen Ward being carried off on a stretcher during the Gunners' 2-0 win at Molineux on Wednesday night.

Ward suffered a gashed leg in the mistimed touchline tackle by Fabregas during the closing stages of the second half.

The Spain midfielder escaped with a yellow card and then rubbed salt into Wolves' wounds by setting up Marouane Chamakh's second goal of the game in the closing seconds.

Fabregas also made a point of saying sorry to Ward after Arsenal bounced back from their shock home reversal by Newcastle.

Wenger said, 'I think it was an accidental tackle. That's what Cesc told me. He touched him (Ward), of course, but he wanted to play the ball.'