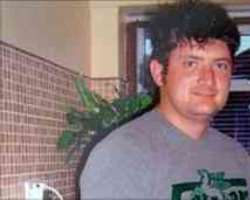 A police constable who left a dying man at the roadside while on duty has been jailed for 12 months.

David Driver, 36, was on patrol in Bourton-on-the-Water, Gloucestershire, on 14 February 2009, when he found two men apparently asleep on the ground.

He spoke briefly to one of them and left. Steven Hathaway, 25, was later pronounced dead at the scene.

Driver, who is no longer a policeman, admitted misconduct in a public office and perverting the course of justice.

He was sentenced at Worcester Crown Court.
'Lack of action'
The hearing was told that Driver came across Mr Hathaway and his friend in the early hours of Valentine's Day and both appeared to be drunk.

Ten minutes after he left the scene, a member of the public saw the pair and dialled 999.

Different officers attended and managed to rouse one of the men, but Mr Hathaway could not be woken.

Post-mortem examinations showed that Mr Hathaway had twice the legal limit of alcohol in his blood for driving, and had steroids and opiates in his system. The cold weather was said to be a contributing factor in his death.

An investigation was launched and the case was referred by the force to the Independent Police Complaints Commission (IPCC).

Driver was served with a discipline notice after the incident and placed on restricted duties.

He was suspended when first summonsed to appear at court, then resigned when he pleaded guilty to perverting the course of justice by inventing false witness statements.

The court heard that Driver had “acted out of panic borne of stupidity”.

Jailing him for 12 months, Judge Alistair McCreath said: “This young man may have been beyond help, but what you did was to create a risk of death or real harm.”

“I would like to express my sympathies to Mr Hathaway's family for their loss and apologise for the lack of action taken by ex-Pc Driver when he first encountered Steven and his friend.”

He added that the force's policies and procedures had been reviewed to try to ensure such a situation would not arise again.

IPCC Commissioner Rebecca Marsh said: “What has proved to be a positive balance to the lies of Driver is the honesty and integrity shown by three police officers who reported their concerns about Driver's account of his contact with the two men.”