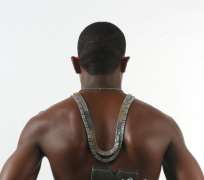 Friday December 17th 2010 will witness a new dimension in the nation's political campaign, as the entire showbiz industry is set to be dragged into supporting President Goodluck Jonathan's 2011 presidential bid.

Courtesy a social crusader and national coordinator of Rights Monitoring Group (RMG), big names in the music and movie industry will storm the streets of major cities in Nigeria to campaign for Jonathan's endorsement by the electorate.

As at the last count, names of music stars like D'Banj, Abass Obesere, Yinka Aiyefele, 2Face, among several others, came up on the list.

Speaking on the main objective of the project tagged Rock Da Votes, billed to attract even politics and social heavyweights, Aduwo stated that it is to further promote the candidacy of Dr. Jonathan among Nigerian voters, especially youths of voting-age whose welfare tops the priorities of the President's policies. The transparency crusader added that Jonathan stands a better chance among candidates for the 2011 Aso Rock job, having been tested and proven through his government's sound economic policies.