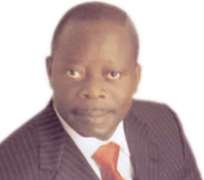 The Edo State Chairman of the National Union of Air Transport Employees, Comrade Ehichioya Godwin, was this afternoon shot by the police in Benin, the Edo State capital.

continue its flight despite the 'no flight' order by the Nigerian Labour Congress (NLC) as a result of the strike action that began today when he was attacked by an officer of the Nigeria Police who opened fire on him.

He was said to have been hit by bullets in his hand.

Though, he did not lose his life, he was said to have sustained serious injuries from the gunshot and has been rushed to an unknown hospital within the State.

As a result, the National Union of Petroleum and Natural Gas Workers (NUPENG) have passed an order stopping supplies of aviation fuel to the airline till further notice.

Reacting to this incident, National Secretary of NUPENG, Tokunbo Korodo, described it as ridiculous and barbaric.

"It has to be condemned by labour leaders. Politicians should not forget that we are the same labour leaders who brought democracy back to the country from military junta.

"You people (politicians) absconded the country when we confronted the military without weapons.

"Is this our own dividend of democracy?" He asked.
National Assistant Secretary of NLC, Denja Yaqub, who spoke on phone told huhuonline.com that the policeman has been arrested.

"We just got an information now that the man was arrested in Lagos while disembarking from Arik Airline.

"We are calling for his prosecution for this inhuman act," he said.

However,NEC of NLC   has   resolved that Arik Airline be boycotted and   Endorsed NUPENG's embargo on supply of aviation fuel to Arik Airline.

It also resolved that the policeman with service number: 97775 be dismissed immediately.