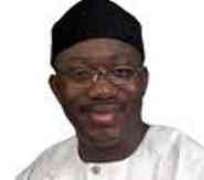 A statement from the Press Unit of the Edo State Government House said the Ekiti governor would speak on 'Challenges of Election Management in Nigeria's Democratic Setting'.

As part of the one week-long anniversary programme, Governor Oshiomhole commissioned some completed projects in Benin. They include the eye clinic at the women and children hospital, the 80-bed capacity female hostel at the School of Health Technology as well as the Maria Gorretti Secondary School classroom blocks.

The governor yesterday met members of the public in a town hall meeting where he gave account of his stewardship in the last two years. He told his audience made up of politicians, traditional rulers, students, workers and farmers that his administration had done a lot in areas of roads construction, education, health-care delivery, transportation, energy, water, agriculture and sports among others. He promised to do more for the state with the support of the people and prompt payment of their taxes.