The British millionaire businessman who was kidnapped, tortured and passed off as dead 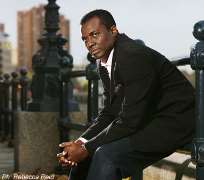 Six days after millionaire British businessman Henry Djaba was kidnapped at gunpoint on the streets of Tripoli by Libyan security services, the beatings began. "They tied my hands and blindfolded me and took me from my windowless, dark cell to where my torturers were waiting," he says. "For the next hour, they kicked and punched me and threatened to hang me upside down and beat me to death.

"I would plead with them: 'Why am I being held? I've done nothing wrong. I am a British citizen.' One sadistic man who spoke English would laugh and say: 'You say you're British, but how come the British Embassy are not interested in you? If you come to Libya and upset us, you go back in a body bag.'

"The weekly beatings would last an hour, then they'd go off to pray, and then come back and continue. I expected the Foreign Office to get me out within days, but as the weeks turned into months, I thought, go ahead, kill me, there is nothing I can do."

Speaking exclusively to the Evening Standard, Henry, 46, sits in a London hotel and recounts his terrifying five-and-a-half-month ordeal at the hands of the Libyan authorities. He was never given access to lawyers, nor charged with a single criminal offence, he says, struggling to contain his anger. Last week, having returned to London after being finally freed in mid-September, he instructed his solicitors to file a claim suing Colonel Gaddafi and the Libyan government for £20million in the High Court.

Yet, as we shall reveal, this is just the start, for the story of Henry's abduction has everything you might expect of a James Bond novel: private jets, beautiful women, a falling out over an international multi-million-pound deal, a fight over a French-Tunisian beauty queen and a Latvian blonde, set against the murky diplomatic minefield that exists between London and Libya.

Henry is determined to find out the truth as to why he was held for so long, and why the British government failed to intervene. "I want to know: why didn't a single British Embassy official visit me in over five months? Why did it take so long to get me out?"

A Foreign and Commonwealth Office spokesman told the Standard: "Mr Djaba disappeared on March 31 and we were informed in April. We raised his case with the Libyan government, urgently asking for clarification of his whereabouts and the charges against him, requesting consular access and reminding Libya of its obligations under the Vienna Convention. The Prime Minister and Foreign Secretary raised it with the Libyan authorities. We were only given access to Mr Djaba in September."

But Henry's sister, Georgette Djaba, 49, a London lawyer who headed the campaign to free her brother, believes that the FCO "did nothing" because they did not want to rock the boat with the Libyans who plan, it has been reported, to invest £5billion in the UK. "The Foreign Office told me, 'we are seeking consular access' and they repeated this mantra for months. I believe Henry was 'an inconvenience' and that post the release of Lockerbie bomber Abdel Basset Ali al-Megrahi, they did not want to jeopardise Britain's economic interests with Libya for the sake of one man."

The consequences for Henry - sent as a boy to the UK by his Ghanaian father to board at Millfield school in Somerset - have been devastating. His fiancée has left him and the child they were expecting was aborted when his fiancée believed he was dead.

"I wish I'd never set foot in that horrible place," says Henry. "I went to broker a hotel deal that would have earned a £12million commission and I nearly paid the ultimate price."

Henry travelled to Tripoli in August 2009 accompanied by his 24-year-old Latvian fiancée, Jana. There he met up with a Libyan business associate, a son of one of the country's most powerful diplomats. The plan was for them to collaborate on a deal to help their client take a substantial stake in two branded Nigerian hotels, the Sheraton Lagos and the Sheraton Abuja.

Initially it went according to plan. For the next seven months, Henry used the palatial five-star Corinthia Bab Africa hotel in Tripoli as his base, racking up a £70,000 bill and travelling by private jet to various African countries to pursue business opportunities. Meantime, Jana fell pregnant with his child.

But in February things turned sour. "Three things happened," says Henry. "I had agreed that my business associate would get 40 per cent of the commission on the hotel deal but he suddenly demanded 70 per cent and then, bizarrely, 100 per cent. He also became infatuated with Jana and repeatedly harassed her, saying she should abort the baby and live with him. I also learned later that he had maliciously told Libyan intelligence that I was a spy who was running a prostitution ring and had embezzled £300,000, all lies for which he never furnished a shred of evidence."

Things were about to get even more serious for Henry. In February, Jana fell ill and returned to Latvia, and Henry began an affair with a 20-year-old former beauty queen he'd met at the hotel.

But the girl was a dangerous choice. For, unbeknown to Henry, a senior figure in Libyan military intelligence was apparently in love with her and had sponsored her trip out there.

On March 31, Henry and the girl were out walking on the street when a blue Audi pulled up and four armed men jumped out.

"I immediately recognised one, who clamped his hand over my mouth to stop me from screaming. They drove us to his boss's office and blindfolded us. We were split up. I was taken to a cell in a detention facility that I believe is the Abu Salim prison [site of the massacre of more than 1,000 prisoners in 1996]. I never saw my lover again."

She would be released within 24 hours but meanwhile used her iPhone to secretly send a series of "urgent" emails to Henry's lawyer in London, Ade Oyegoke. These emails, seen by the Standard, identify the man behind their abduction.

"He [is] a very important man here," she writes. "I used to be his guest before I knew Henry, he doesn't like the fact I am with Henry. He is jealous and wants me to leave Henry. I think all this happened because of me." She begs the lawyer: "The British Ambassador knows Henry - contact the British Embassy."

Oyegoke initially hoped it would all blow over, but when Henry failed to reappear within a few weeks, he called Henry's sister, who went straight to the police and the Foreign and Commonwealth Office.

But the FCO turned out to be "utterly useless", says Georgette. "We were beside ourselves. We had no idea whether Henry was dead or alive, and the impact on our 72-year-old mother, who lives in Hendon and is disabled, was horrendous. I sent letters to David Cameron, William Hague, my MP, my MEP - but nobody seemed inclined or able to help."

Jana, too, was distraught. "I called Henry's business associate," she told the Standard, "and he said Henry had married his lover and gone to live with her in Tunisia. Later he changed his story and said Henry was dead and that I should abort the baby and come and live with him. I called the British Embassy every day for a month, crying, but they told me to stop bothering them, that they had no news. I couldn't take it any more - I aborted the baby."

Meanwhile, Henry was languishing in a 4ft by 6ft concrete cell where he was forced to sleep on the floor and urinate in a bottle. They tried to beat a confession out of him - using allegations that he was a spy and a crook - but he resisted. On September 13, he was moved to a police station where he managed to call his lawyer in London and shout: "I'm alive! Call my mum! Call the embassy!" That day an embassy official finally arrived. Days later, having lost half his body weight, his ribs broken from the beatings, Henry was eventually freed.

The costs have been high, however. He is suffering from post-traumatic stress, he says, and his life lies in ruins. He shakes his head. "I fully accept that cheating on Jana was unforgivable." He pauses. "My only defence is that my father had 10 wives and 24 children and I did not have the best role model."

Henry has named three men, including his former business associate, as co-defendants in his £20million claim against the Libyan government. "I'm so angry and upset at the way they have devastated my life. I want them all to be tried in the Hague.

"I want a full apology and I will sue them in whatever court has jurisdiction, however much it costs. These people are disgusting and cannot be allowed to get away with it."