IMAGINE THERE IS NO HEAVEN 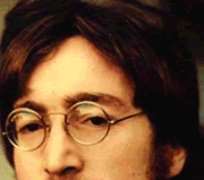 John Lennon of the famous Beatles, who infamously said, at the height of his fame, that he is more famous than Jesus Christ.  A remark that sparked uproar in Christendom for which he later apologised.  John Lennon, who was killed by a deranged man, a fan who loved him so much that he had to shoot him dead at close range—in the name of love.

It is a song I like very much.  I love the melody and I love some parts of the lyrics, even though I don't agree wholeheartedly with what he preaches.  I am not alone in loving John Lennon's controversial song.  In opinion polls among music lovers all over the world, Imagine is rated as one of the best songs ever crafted in the history of pop music.  So popular is the song that many musicians, from Randy Crawford to Stevie Wonder to Jennifer Houston, have all done their own cover versions of it.  Amnesty International loves it to the point of adopting it as its official anthem.

John Lennon is dead and gone, but his songs live on.  He is the author of another pacifist anthem: Give Peace a Chance, a song so popular among Nigerian soccer fans.  When the Super Eagles are not scoring, the anxious fans would chant their own version of John Lennon's song, singing: 'All we are saying, give us a goal…'

He may be an atheist but John Lennon is an apostle of peace, who advocates a world where peace reigns and people live in peace.  Peace of mind.  Peace at home.  Peace at work.  Peace everywhere.  No war.  Just peace.  Peace and love.  Peace perfect peace.

He sings of a world where there is no religion.  No people fighting and killing each other in the name of religion.  No terrorism caused by religious bigotry.  No suicide bombers.

In Lennon's imaginary world, there is no country.  No need for country versus country.  Countries have no borders.  Everywhere is so borderless that you can move anywhere and stay anywhere without a passport or a visa.  From Nigeria, you can choose to live in Britain or the United States.  You don't need to win a visa lottery to stay there.  You have the freedom to live anywhere you choose to.  Oh, what a beautiful world that would have been!

'Imagine all the people, sharing the world,' he sings.  'You may think I am a dreamer, but I am not the only one, I hope someday you will join us.  And the world will live as one.'

If you want to listen to John Lennon's Imagine, you can hear it on Youtube.