WHY I WAS ARRESTED BY POLICE â€“ EX-ABIA DEP GOV 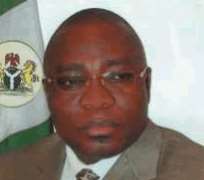 Former deputy governor of Abia State, Mr. Chris Akomas, said his arrest and subsequent detention by the police on trumped up charges of kidnapping and gunrunning despite a subsisting court order restraining the police from arresting him was a clear case of executive recklessness.

Besides, the ex-deputy governor described his travails as an orchestrated plot by his former boss, Governor Theodore Orji, who was afraid of his political weight, to intimidate him out of the governorship race for the 2011 general elections in the state.

Speaking through his lawyer, Prince Orji Nwafor-Orizu in Abuja, Akomas denied any link or connection with kidnappers as well as gunrunning business as alleged by the police.

He said his arrest was sequel to a petition personally written and signed by his former boss, Governor Theodore Orji alleging his involvement in the spate of kidnappings in the state and gunrunning activities. But Akomas said he was not surprised that Governor Orji was accusing him of kidnapping and gunrunning, saying it was his stock in trade against perceived political enemies.

Meanwhile, in a letter to the Inspector General of Police on the subject matter, Nwafor-Orizu was demanding for the immediate and unconditional release of his client as the police had no power to even interrogate him in the first place.

He told the police chief that 'the harassment of our client started with several interrogations at Umuahia by both the Nigeria Police and the State Security Services (SSS) resulting to his client filing a suit against the state attorney general, commissioner of police, Abia State and the inspector general of police.

The lawyer said on October 28, 2010, after hearing both counsel in a motion on notice, a Federal High Court, Umuahia made an order restraining the police from arresting his client pending the hearing and determination of the motion on notice for the enforcement of the applicant's fundamental rights.

He said despite the service of the enrolled order of court on the police, 'the general investigation department of the police headquarters refused to stop any further action against the applicant. 'Indeed, by about 12 noon. about three hours after the service of the order, the police went ahead to arrest and detain our client in custody in clear disobedience of an order of competent jurisdiction.

'More than all these is the fact that Chris Akomas in the company of his lawyer, Prince Orji Nwafor-Orizu, had audience with the inspector general of police, who asked that our client should go home pending police investigation. Yet, the general investigation department refused to release our client.' Nwafor-Orizu told Daily Sun that before his arrest, his client had held several press conferences narrating his ordeal in the hands of the police and the relentless efforts of the state government to rope him in on kidnapping and gunrunning charges to truncate his gubernatorial ambition.

Akomas had, in his statements before the director of State Security Services (SSS), Abia State in respect of allegations of sponsoring kidnapping in the state, traced his sour relationships with his former boss to his refusal to jump ship with him to the All Progressive Grand Alliance (APGA) and later to the Peoples Democratic Peoples Party (PDP), but remaining in the Progressive Peoples Alliance (PPA) under which they were elected by the people of Abia State.

He said: 'Having gone our separate political ways, the governor is now seeking re-election under the PDP while I am seeking for that same office under the PPA. It is noteworthy that the invitation by the commissioner of police, Abia State to me, was done the same day (September 24, 2010) that I collected my party's nomination forms for the office of the governor of the state.'

Akomas further submitted that when the state government commenced the purported impeachment proceedings against him, kidnapping, which was a serious offence, was not listed among the charges contained in the impeachment allegations other than he want to contest the office of the governor of the state.