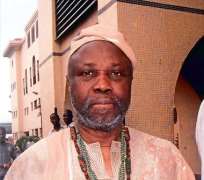 former Vice-Chancellor, Obafemi Awolowo University, Ile-Ife, Prof. Wande Abimbola, has warned that Yoruba language faces the threat of extinction in the next 50 years if urgent steps are not taken to revive it.

In the third Odua Distinguished Lecture papers made available to our correspondent in Ibadan on Friday, Abimbola lamented that the essence of Yoruba culture, which included songs, dance, dress and language had been neglected by the government and individuals.

He said it was unfortunate that Nigeria had failed in attracting tourism and foreign investment despite the immense potential available in the country. The highlight of the occasion was when five Americans sponsored by the United States Government to learn Yoruba language and culture stepped out and greeted the audience in impeccable Yoruba.

The director of the centre, where the Americans are learning Yoruba culture and language in Ibadan, Prof. Kola Owolabi, said the Americans were part of a project sponsored by the American government, adding that the project would run for a year.

Abimbola, who is the Awise Agbaye, a high chieftaincy title bequeathed to him for his prowess in Ifa knowledge, explained that the Yoruba were highly endowed in terms of culture.

Delivering his speech in Yoruba, Abimbola charged the government, parents and guardians to endeavour to allow the young to communicate in Yoruba, saying that this would aid learning of science and technology.

Abimbola, who sounded a gong as he delivered obsequies to Yoruba gods, said, “The Yoruba in the Diaspora are over 100 million. Yoruba language will go into extinction in the next 50 years if we don't arrest the trend of neglect afflicting the language.

“Yoruba will be slaves to other cultures if we don't take the bull by the horns and start teaching our children Yoruba language from nursery to primary and secondary schools. Brazil, where 50 million Yoruba people reside, makes so much money propagating Yoruba cultures and language.”

A professor of history and Provost, College of Humanities, Osun State University, Osogbo, Siyan Oyeweso, told our correspondent on the telephone that Yoruba people no longer spoke their language.

Oyeweso said, “In one of our universities in Nigeria, there was a time when its Yoruba Department had only one student a particular admission year. In order to overcome this trend, Nigerian universities now combine Yoruba with Portuguese or French or other foreign languages.”

But a lecturer in the Department of English, Obafemi Awolowo University, Ile-Ife, Mr. Chijioke Nwasomba, differed from Abimbola and Oyeweso, saying Nigerian languages would not die.

Nwasomba said, “People speak these languages in villages and towns. Language is dynamic and as a result of this, it could take other forms. The government should, however, support those who write in indigenous languages. Nigerian languages cannot die.”

The chairman of the occasion, Prince Julius Adelusi-Adeluyi, condemned hero-worshipping of Nigerian leaders by their aides and hangers-on, saying this trend portended grave consequences for governance.

He commended past Yoruba leaders for charting a course of development for the region, even as he urged the Yoruba to be united.

According to Adelusi-Adeluyi, the Yoruba race has contributed significantly to the development of blacks worldwide. He said that among the major tribes in the country, the Yoruba remained number one.

The Group Managing Director, Odua Investment Company Ltd., Mr. Adebayo Jimoh, said the dreams and toils of the past and present leaders of the race would not be in vain.

He said OICL remained committed to improving the socio-economic and cultural realities of Yoruba people.

Foremost scholar, Prof Bolanle Awe, who reviewed the book, Odua Investment Company at a Glance, lauded the management of the company for sustaining the dreams of past Yoruba leaders, who founded the company.