Dreams of a Palace on an Island 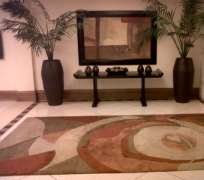 A king sits over a throne and ruleth a nation.
He has no palace nor castle but a throne
He has minions clamouring to his whims
He has servants ready at his beck and call
His realm surpasses that of an estate
Yet he has no Palace

He dreams himself a Palace
On an island across a bridge
Its towers, far reaching into the skies
Its entrance, majestic in its depth
Bearing artefacts, he has collected over the years
The chandeliers, crystals gleaming
The furniture, specially crafted by Kenyan word workers
The walls, intricately designed with medieval European tapestry.
The bathrooms, tiled with marbles, where he can be bathed by naked beauties like Prince Akeem in Coming to America

He dreams of servants
With skin shades lighter than his
Waiting upon his beckon
To serve him breakfast in bed
With a platter of eggs and bacon, sausages and hash browns, fresh grapes plucked from his palatial garden

He dreams of a courtyard facing the ocean
Acres of land that go on for miles
Where he will celebrate his fortune
A perfect location to give away his daughter
His bedroom, windows that open from the ceiling to the floors
The sounds of wind and water rocking are music to his ears
A king he is, but not a Palace to call his own
These are all but dreams
Dreams of a Palace on an Island