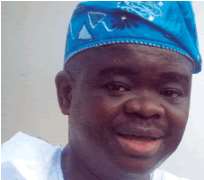 Prof. Babawale
For Africans to attain economic development, there is the need for them to speak and write in their indigenous languages correctly. This is because many industrialized societies across the globe attained economic growth through development and preservation of their languages.

At the just concluded Abuja International Workshop on Harmonization and Standardization of Nigerian and Related Languages, organized jointly by the Centre for Black and African Arts and civilization (CBAAC) and the Centre for the Advanced Studies of African Societies (CASAS) participants spoke eloquently in favour of African languages.

The resource persons, many of whom were scholars and technocrats contributed immensely to the harmonization of the four main languages in Nigeria, including Hausa, Yoruba, Igbo and Ijaw. They resolved among others that these languages must be harmonized and standardized in the written form, such that each of the languages would have a single orthography for local and international usage.

While they all agreed that in most African nations (including Nigeria, Benin, Cameroon and Niger Republic) languages usually have different variants in the spoken form, but that these languages should be harmonized in the written for the sake of development.

For example in the words of Prof. Kwesi Prah, Director of CASAS, there is the need to harmonize languages that are commonly spoken (in the written) if people must develop. According to Prah, the continued dependence on English and French by Africans is a reflection of deep feelings of inferiority and lack of confidence.

He noted that moment Africans begin to use their languages to produce cars, machines and other products, that is the time they would start to develop. Explained Prah, 'But we have to start from somewhere, there is need for Africans to have focus. We must begin to write our languages in a user-friendly form in order to help our children and there is need to be systematic in harmonizing these languages'.

Speaking earlier, the erudite professor also explained the way forward for Africans languages, 'We have to be able to write them (languages) in such a fashion that they reach very audiences. Indeed that they the optimum size of audience. That can be only be achieved if we harmonize existing orthographies so that instead of producing a book for a million people, we can produce a book which can be read by 10 million people. In other words, the harmonization of African languages is the first step towards creating a firmer foundation for production of literature, which can be used to enhance civic participation or advance public service media'

Earlier in his address, Prof. Tunde Babawale, Director-General of CBAAC traced the genesis of the Abuja workshop on Cultural Rejuvenation for National Integration and sustainable Development. The latter, according to Babawale, resolved that henceforth, African languages must be preserved and promoted to facilitate Africa's cultural renaissance, unity and development. Thereafter CBAAC decided to partner with CASAS to realize the resolution of African languages.

Said Babawale: 'Languages is one of the means through which culture is acquired an expressed. African languages provide avenues for the expression, promotion and propagation of African culture.

The importance of African languages to the realization of CBAAC's objectives cannot be overemphasized. Despite Africa's diversity, the center strongly relives that African languages can contribute to continental unity and development.

Also, it would be recalled that over the past 12 tears, CASA has been harmonizing the orthographies of the major language clusters in Africa, which enjoy mutual intelligibility of 85 percent or more.

We have to be able to write to them in such fashion that they reach the optimum size of audience. That can be only achieved if we harmonize existing orthographies so that instead of producing a book for a million people, we can produce a book, which can be read by 10 million people. In other words, the harmonization of African languages is the first step towards creating a firmer foundation for the production of literature, which can then be used to enhance civic participation or advance public service media.

The rationale behind this is that at that level of mutual intelligibility it is possible to revise and remove the orthographic differences, which have emerged between these languages on account of the fact that different and often rival missionary groups produced orthographies without much cognizance or regard for profound structural similarities between these languages. Such orthographic revision has the clear advantage of economies of scale. So that instead of producing literature for a million people, it is possible to produce literature for twenty or thirty million. It has also the advantage of upgrading spelling systems and simplifying them for readers and writers.

Along these lines, CASAS has already harmonized languages like the Gbe (Fon, Gun, Mina, Aja, Ewe), Mandenkan (Malinke, Bamanan, Bambara, Kasonke, Jula, Mande, Akuapim, Kwahu, Baule, Angi and Nzema) and Gur ( Senufo. Moree, Grunshi, Gurone) in West Africa. CASAS is therefore due to conduct workshops for the harmonization of the languages of Nigeria, Benin, Gabon, Equatorial Guinea, Congo Brazzaville and Cameroon. In this respect, Abuja workshop addressed the work that needs to be done for the Nigerian and related languages as spoken in the Cameroon, Benin and Niger. These clusters of languages are the Hausa, Yoruba, Igbo and Ijaw. CASA realized this in close conjunction indeed on a cooperative basis with CBAAC.