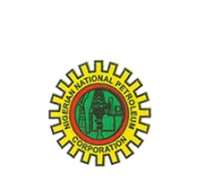 The Nigeria Gas Association (NGA) has expressed support to the efforts being made by Nigerian National Petroleum Corporation( NNPC) and its Joint Venture partners for improved gas supply for power generation.

Speaking during a visit to the NNPC Towers in Abuja over the weekend, President of the NGA, Charles Osezua stated that members of the Association are ready to deploy their expertise to support the NNPC in its drive to achieve gas sufficiency for the nation's power needs.

According to the NGA president, 'we have cued into the President's desire to grow power through adequate gas supply for power generation. And we believe that NNPC is in the best position to achieve this aspiration which is in consonance with our cardinal objective of promoting natural gas as the fuel of choice to achieve a sustainable energy system.''

Osezua informed that the NGA has already constituted a team to work in harmony with the NNPC to accomplish the administration's gas objectives.

Commending the NGA for its foresight, the Group Managing Director of the NNPC, Engr. Austen Oniwon, thanked the Association for propagating its view on the economic benefits of harnessing Nigeria's gas resources long before it became manifest to government and other stakeholders.

“ Today, we now know that gas is a commodity that can be treated as a product that can stand on its own and we thank NGA for its vision in this regard. The NNPC is willing and ready to work with the NGA to achieve Mr. President's aspiration for the power sector,'' Oniwon said.

Established in 1999 as a Not for Profit, Non Government Organization, NGO, the NGA is a Chartered member of the International Gas Union with interest in promoting the benefits and use of natural gas.

Meanwhile, with the upgrade of the Utorogu Gas plant now in progress, the NNPC has continued to fortify remedial measures put in place to curtail any shortfall of gas to- power during the eight day period of total shutdown from 5th to 13th November, 2010. The exercise, which began on October 25, 2010, will take place over a 33 day period consisting of 25 days for partial and post shutdown period and eight days of total shutdown.

Already, Pan- Ocean Oil Corporation has commenced gas supply from its Ovade-Ogharefe field with the release of 50mmscuf/d. Gas production at the facility is expected to ramp up to 65mmscuf/d in the days ahead.