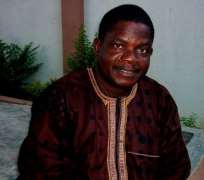 Adekola Oyewo, an actor, former lecturer at the Obafemi Awolowo University and now Redeemer's University, who was recently honoured with the chieftaincy title of Balogun of Oba-Ile, Osun State, spoke with us about his challenges, the title and the movie industry

How do you cope as a traditional title holder working in the Redeemer's University?
The Balogun title was given to me by the monarch of Oba-Ile because he said he needed an enlightened person who will be able to represent him well and when he sent emissaries to me, it took me about six months to make up my mind.

Why did it take you so long?
First of all, I consulted with my wife, my children and others. We held series of meetings before they were convinced. Also, it has always been my plan that when I retire, I want to reside in Oba-Ile.

Have you been going home before now?
Oh yes, for the past 12 years, I have been celebrating Christmas in my family house in Oba-Ile.

Why the choice of Oba-Ile?
That is where I belong and I have decided to spend the later part of my life there, God sparing my life.

Won't residing in Oba-Ile affect your acting career?
Well, anything that has a beginning must have an end. If that will put an end to my acting career, I won't mind because I have been acting since 1964. If I am in Oba and people need me for an acting role, they will contact me on phone and if the chieftaincy responsibility will not hinder me, I will go.

What are your responsibilities as the Balogun?
I am supposed to hold consultations with the Kabiyesi because I am the third in rank to him on the affairs of the town. We hold meetings on Fridays although there could be emergency meetings except when the Kabiyesi declares holiday for us. But he gave me a special concession that I could attend when I have the time.

Are you from the Balogun lineage?
That is a very good question. I am a prince of Oba-Ile but the position of Balogun could be occupied by anybody the Kabiyesi feels like honouring. That is why he picked me. In fact, part of the reasons it took so long for me to consider the title is that we asked questions whether it will not affect our lineage when the time comes for us to present a king. May the king live long. I told the Oloba Ile that is, the Kabiyesi and he referred me to history when my uncle, the third Oloba Ile, Oba David Abioye was on the throne. He said that he was the Saaba of Oba-Ile and when it was his turn, he relinquished the title and became the oba. So, when it becomes my turn, there is nothing stopping me from relinquishing the title and becoming the oba and that was when I accepted the title.

Don't you think you could serve your people more by holding political office like the local government chairman or a senator, among others?
Those ones have been put before me but I rejected them because I am not interested in politics the way it is being played. In some parts of the country, it is politics of violence and a do-or-die. They maim, kill and kidnap each other. I can't stand that, I prefer to serve my people in the local setting rather than being a chairman or hold any other offices.

You play some mean roles in films, why are you afraid of violence?
That is acting, make-believe roles.

How were you able to get out of the stereotype roles?
I am not just an actor but a trained one. I spent nine years with Oyin Adejobi Theatre Group before I joined the University of Ife Theatre Group under Ola Rotimi and then I had the opportunity of studying Drama at certificate level, the first degree, masters and now PhD. So, why won't I be different from somebody who just becomes an actor by emergency? If I do not, then my years in the university would have been a wasted effort.

What informed your going back to school?
I was in the university environment for so long and if I had the opportunity of going back to school and I failed to do so, that means I coulld not face challenges. That was why I went back to write the GCE and so on. I even had to join my son, Yemi in the same class and we graduated the same day. I joined at 200 level.

How were you able to cope with your son in the same class?
It was all fun to me. Sometimes the rascal will ask for his food allowance in the presence of his colleagues in the classroom, saying “Baba, e o tii fun wa l'owo ounje l'ose yi o” meaning dad you are yet to give me this week's feeding allowance. We found everything as a joke.

Did he often help you in some class assignments?
Yes, he understood poetry so much and I don't have time for that. At times, I taught him some things too. I will ask him, Brother Yemi, how is that thing Prof. Ogundele taught us and he will explain to me.

Looking back to the days of Oyin Adejobi, Ogunde and others, why are they no longer relevant after death?
During that time, there was dedication. They were doing it because they loved it, but nowadays, people join the industry because they have nothing to do. They will call us and say “awa naa fe join,” meaning we want to be part of you people and I would ask, can you call a lawyer and tell him or her that awa naa fe join? In those days, they were dedicated. When I left Modern School in December 1963, I saw an advert that Oyin Adejobi wanted to turn professional and was looking for interested boys and girls wanting to be trained. I applied and was auditioned and nominated. I spent nine years and when I saw Ola Rotimi's production, Kurunmi, I was fascinated and decided to join.

But you were not part of Kootu Ashipa?
Yes, then we had Atoka produced by Segun Sofowote.

How long did you work with Prof. Ola Rotimi?
I worked with him from 1973 to 1977. When he left for Port Harcourt and came back, we worked together until his death in 2000.

As a person in the academia and movie industry, what is the problem of the Nigerian movie industry?
The problem is that there is some level of poverty which makes everybody eager to produce films and when people take peanuts to produce films, they won't be able to use the right equipment and personnel, among other things. That is why the standard of our productions are very low.

Is that why you are choosy in production?
When I am invited for a production, I will ask for the script and when it is not good, I will look for excuses and go away so that they will not say I am arrogant.

And that is why you have not produced any film?
I have produced one, Ija Akani. As at that time, a friend came and we had a production and he took it to America to sell, while we also gave it to a marketer here. I have since forgotten that. I don't have the time to invest money and monitor it. So, what use is it? There is privacy and other things. More so, I have other engagements in the university.

What is your opinion about the ANTP crisis?
I don't want to interfere in ANTP politics because it is an age-long thing. In the first place, I don't like the way they rule, because each member should be eligible to vote and that is not the case. They select people they can manipulate. I cannot join hands with such people who don't allow people to elect their leaders, while some powerful people will want to stay in power at all costs. I don't dabble into their politics.