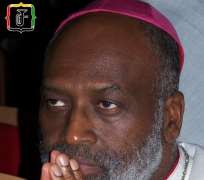 It is a tough area that borders on the complicated traditional cosmology. The attempts aren’t to tinker with traditional cosmology. It isn’t because it is a frightening area; it is because the aim of the enlightenment thinkers is to debunk the misinterpretation of traditional cosmology, especially in the southern parts of Ghana, where millions of dollars are profligately spent on the dead and funerals while majority languish in wrenching poverty and stuck in backward social infrastructure.

While traditional funeral is a ceremony for celebrating, consecrating, or remembering the life of a deceased person, in today’s Ghana the simplicity of the celebration has been turned upside down, it has become a big showbiz. The key sobering essence of traditional Ghanaian funerary as customs comprising the complex of beliefs and practices, as Ghanaian cosmology dictates, to remember the dead, from entombment itself to various monuments, prayers, and rituals undertaken in the dead’s honor, is giving way to bling, bling.

One of the criticisms against the excessive funerary bling, bling is that it leaves some deceased families debt-ridden and poorer, as they try to out-bling, bling another deceased family (ies) in their locality. Another is that all these disproportionate funerary bling, bling are done within an atmosphere of twisting poverty that calls for proper eating, good sanitation, suitable and more schools, water inadequacies, toilet shortages, rigorous healthcare systems, and generally more durable socio-economic infrastructure.

For instance, proper modern toilet facility anywhere in Ghana could be built with GH¢ 7,500 (around US$6,919) with some change for funeral ceremonies. The amount is the minimum cost of funeral for an ordinary Ghanaian (Yes, I know this amount is too much to build a toilet but let’s put it that way as per helping the living to live better and still have simple funeral ceremony at the same time).

Charles Palmer-Buckle, the Archbishop of Accra Catholic Diocese, took a long view of the Ghanaian funeral scenery, against the backdrop of living despair, and thundered that too much money is lavishly spent on the dead and funerals that “deprive descendants of the deceased the badly needed resources they need … a funeral for an ordinary Ghanaian now cost a minimum of GH¢ 7,500 (around US$6,919) … it is ridiculous to spend such an amount to "celebrate" a deceased person, who left behind a number of children who are yet to find their feet in life.”

Parallels can be drawn between Palmer-Buckle’s deep deliberations about Ghanaians’ excessively wasteful expenditure on the dead and Pericles’ “Funeral Oration.” As Thucydides, the Greek thinker, recorded in book two of his History of the Peloponnesian War, it was established Athenian practice in the late 5th century to hold a public funeral in honour of the dead in war. With the remains of the dead left out for three days in a tent and offerings made for the dead, a funeral procession was held and burial undertaken. The last part of the funeral ceremony was a speech delivered by a prominent Athenian citizen. Pericles was picked to give the oration. In the “Funeral Oration,” as inscribed by Thucydides, Pericles did praise the dead but intentionally gave much more praise to Athens’ achievements which are “designed to stir the spirits of a state still at war.”

Alright, there is no war in Ghana, but there is war to be fought on the socio-economic front against poverty and certain erroneous cultural believes that inhibit progress. And that needs rousing Ghanaians to refine the cultural inhibitions that hinder their progress so as to free them to live a better life. The import of Pericles’ oration as it relates to Palmer-Buckle is that, yes the dead should be praised, as African tradition dictates, but Palmer-Buckle purposefully moves beyond that, and proclaim that though the dead should be honoured, the living, too, should be fully taken care of before they die.

Palmer-Buckle takes a concerned giant look at the abysmal poverty of most Ghanaians and pronounces that the original traditions of funeral ceremonies have been digressed and have now become a competing theatre of ostentation to the detriment of the living, that is constantly gapping for bread-and-butter and other socio-economic conveniences such as toilets and water. Palmer-Buckle, therefore, punches the “lavish spending on funerals” as “an invention of the present generation and never a part of the cherished Ghanaian traditions.” At issue isn’t the dead itself, or any trouble with Ghanaians’ traditional cosmology, but how the escalating expenditure on the dead today, against say 100 years ago, negatively impacts on the growing population. Most Ghanaians live below the poverty line (most live around US$1.00 a day, according to the United Nations). There is no dilemma between the physical and the metaphysical – no mess up in any way whatsoever. The battle of the enlightenment thinkers, as Palmer-Buckle echoes, is to re-wire Ghanaians to go back to their traditional roots where funeral ceremonies were simple, non-ostentatious, and very traditional.

Ghanaians appear entrapped in the brazenness of the funerals, making the funeral business glitzy. One of the leading funeral services proprietors in Ghana, if not the number one, is my junior brother. He is called Kweku Akosah and his funeral business is called Owners Funeral Services. Though based in Kumasi, Ghana’s second largest city, over the years Owners Funeral Services, driven by Ghanaians sheer obsession with the dead and funerals, has grown so much that it has branches in most parts of Ghana. Akosah employs over 100 people with varied professionals – wailers and criers, dancers, praise-singers, decorators of the dead, coffin makers, musicians, tailors and seamstresses, promoters, food makers, servers, etc. As Akosah’s funeral business becomes increasingly sophisticated, he finances certain funerals against the backdrops of agreements of sharing profits with the deceased families. Akosah is on the verge of building a state-of-the-art mortuary in Kumasi.

Such highlights are cast against the unrelenting poverty of Ghanaians by Palmer-Buckle, who recounts the daily struggles of living Ghanaians against the extravagance over dead Ghanaians. Palmer-Buckle’s funeral oration is “designed to stir the spirits” of the living Ghanaian by making the case that part of the huge sums of money spent on the dead could be appropriated for the living so as to make life comfortable.

Palmer-Buckle’s discourse is deliberately elaborate as a way of taking on the funeral-mad traditionalists who are driven more by doctored traditions and flashiness than better living for the average Ghanaian. Still, Palmer-Buckle and his associated enlightenment folks’ stance is a difficult position because it is misunderstood by many a Ghanaian traditionalists as impinging on the sacred area of Ghanaians’ cosmology, no matter how this impinge adversely on the life of the living Ghanaian. But at issue isn’t the cosmology but the living, that’s how better is the living in terms of food, shelter, education, water, sanitation and health, roads, and other comforts of life.

By the sense of Thucydides’ Pericles’ “Funeral Oration,” Palmer-Buckle bravely looks more at the living than the dead, and how the living should live better before he/she dies. Hear him: “Instead of spending hugely on the dead, Ghanaians must rather establish an endowment fund in memory of the deceased, which would be used to sponsor education of their relatives to realize their full potential … children would largely remember their great grandfather in whose memory a fund was established to sponsor their education as against their relatives who much money was spent to bury them and left behind debts.”

In Archbishop Palmer-Buckle’s “Funeral Oration” Ghanaians are thinking about how they will live a better live before they die, part of which discomfort emanates from certain erroneous tenets within their culture. In Archbishop Palmer-Buckle’s “Funeral Oration” Ghanaian enlightenment thinkers are wrestling with certain inhibitions within the Ghanaian/African culture that is hampering their progress. And that will need more fearless thinking than they have thought of. And that may need some remarkable tinkering with certain aspects of Ghanaians’ traditional cosmology.