N5.2B REA Fraud: You have a case to answer, court tells Ugbane 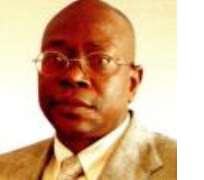 Ugbane
Hard-fighting former Senate committee chairman on power, Senator Nicholas Ugbane on Monday November 1 st, lost a major bid to quash the amended 65 count charges preferred against him by the Economic and Financial Crimes Commission, EFCC, as an Appeal Court sitting in Abuja dismissed his suit  seeking to quash the case against him. Ugbane filed an  application before Justice Jimi Olukayode Bada  claiming  that,  as a serving Senator with the privilege of immunity, the EFCC's charges against him were ineffectual and could not establish a  prima facie case against him.

However,  in a landmark ruling, Justice Bada knocked the bottom off Ugbane's claims,  saying that  “the proof of evidence and material  submitted at the lower court proves beyond reasonable doubt that there is a prima facie case against the  accused person”. On the alibi of immunity, Justice Bada said that Ugbane had  “no immunity whatsoever to stop the EFCC from discharging its statutory mandate as enshrined in the Act establishing the EFCC.” On the strength of all these, the judge affirmed that Ugbane had a case to answer and directed him to go back to the lower court and face trial.

Senator Nicholas  Ugbane is standing trial along side former House Committee Chairman on Power,   Ndudi Elumelu and one other lawmaker, Hon Jibo Mohammed  before Justice Abimbola  Banjoko of the FCT High Court on a sixty five (65) count  amended charges, bordering on misappropriation of funds, abuse of office and conversion of money for personal use. They were specifically docked for the misappropriation  of the N5.2 billion Rural Electrification Agency fund, a charge that swirled public opinion against them.


They were originally arraigned along  six otherson Friday 30th October, 2009 on a 130 count charge. The charges were separated thus:  the three lawmakers among them were originally and jointly facing a 65 count charge while the other six accused are jointly facing a 68 count charge. The three lawmakers are: Hon. Godwin Ndudi Elumelu, Senator Nicholas Yahaya Ugbane and Hon. Jibo Mohammed. The other accused are Engr. Samuel Ibi Gekpe, Dr. Abdullahi Aliyu, Simon Kirdi Nanle, Engr. However, in an apparent move to throw boulders in the trial, Ugbane unilaterally filed an application before a Court of Appeal sitting in Abuja seeking to quash all the 65 amended charges preferred against him .He also sought the invocation of the immunity clause to put paid to the trial.