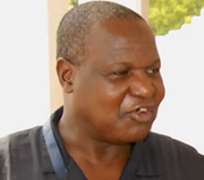 Omar
There are indications that the planned nationwide strike by the Nigeria Labour Congress (NLC) may suffer a setback following the disclosure by its sister central labour organization, the Trade Union Congress (TUC) that it was not aware of the planned action.

NLC President, Abdulwaheed Omar, had last Wednesday, while briefing newsmen on the resolutions reached by the National Executive Council (NEC) meeting of the congress, announced that the NLC had decided to embark on a three-day warning strike from November 10 over perceived unnecessary delay by the Federal Government to implement the new National Minimun Wage (NMW) .

In prosecuting the strike, Omar had also disclosed that the NLC would work with TUC for a successful strike. Trade Union Congress had been part of the negotiations with government for the new wage, but its President-General, Peter Esele, told Daily Sun that TUC should be counted out of the industrial action.

He explained in a telephone interview that TUC was not in the know as far as the strike was concerned, saying the TUC leaders only read it on the pages of newspaper and did not know if any strike notice had been served by the NLC.

Esele argued that TUC's leadership had been part of the negotiations for a new living wage in view of the skyrocketing prices of goods and services owing to inflation and had also sought from the NLC leadership, without a response, what next the labour should do against the background of government's perceived unseriousness in putting machinery in motion to give effect to the new wage, only to read in the newspapers that NLC had met and given an ultimatum after which a national warning strike would take place.

'That certainly is unaccepted to us. I asked them when are we going to meet to decide on the next line of action, they (NLC) were yet to give me a response when we heard that they have declared strike and would later contact us, contact us for what? For support or what? They should go ahead with the strike; TUC is not part of it.'

Esele, however, disclosed that the TUC leadership would meet on Wednesday night to take a position on the minimum wage issue. Meanwhile, observers were of the view that should the TUC leaders at the end of its meeting on Wednesday, also opt for strike as a means of forcing government to do the needful over the minimum wage disagreement, then the two congresses' leaders might be force to come together for joint action.

The NLC NEC had, after a marathon meeting that lasted over five hours, in Abuja, resolved among others decisions reached, to go on a three-day national warning strike after a 14-day ultimatum which expires on November 9. Omar disclosed that the NLC would reach out to TUC on the action.

Also, the union leaders called for the immediate sack of Mrs. Ayoka Adebayo, erstwhile resident electoral commissioner in Ekiti, now in Ondo State, over her alleged ignoble role in the electoral fraud in Ekiti State as revealed by the election petition appeal tribunal that annulled former governor Segun Oni's election and declared Dr. Kayode Fayemi as the duly elected governor.

Omar explained that the congress could no longer find explanation to the government's dilly dally over the National Minimum Wage, which negotiation commenced since 2008 and had to take a position on the issue.

Labour had initially demanded for N50,200 minimum wage but after series of negotiations with government and the employers association, it agreed to N18, 000 minimum wage, which President Goodluck Jonathan had given the impression on May Day while addressing the workers that it would take immediate effect.

The NLC president said the explanation offered by the minister of Labour on the wage issue was that the government was still drafting the bill to be forwarded to the National Assembly, a situation he said was unacceptable to the organized labour.