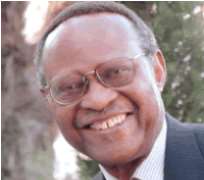 The former Secretary General of the Common Wealth, Chief Emeka Anyaoku recently brokered peace in the crisis that recently rocked his community, Obosi. The elder statesman who was in Obosi spoke briefly to Sunday Sun on his intervention among other issues. Excerpts…

How did you resolve the Obosi crisis?
I am not sure I would say I had a magic or that I am a magical one but I came here just as you must have known, the community was in turmoil. There was a lot of fighting with groups of people, lot of intimidations and harassment and even destruction of people's property, and the community was being regarded as unsafe by some people. So, I came in, my main purpose was to bring the warring parties together and talk to them. That I did, I also talked to the (Ndi-Ichie), the traditional Chiefs. Obosi is a very old community; Obosi has had Igwe and traditional Chiefs over 400 years. It is well established.

So I started my intervention with meeting with the traditional Chiefs and had a meeting at the town hall with the representatives of all the major families and clans of Obosi and at the end, we agreed that the root cause of the problem which was rivalry between groups of young people taking it on themselves to go and collect levies and what they called developmental levies in purchase of Obosi land. I have been able to put a stop and to remove the remote cause of the rivalry. We have been able to persuade them to stop harassing people. So, there is normalcy now in Obosi and those who ran away from Obosi because of the situation have come back and others are still coming back. So, there is peace in Obosi.

It seems your intervention was rather late, why did you wait until the crisis escalated?

No, I came as early as I could because I have some commitments abroad. I still have many commitments abroad like in the United Kingdom, (UK), Switzerland and the United States of America, (USA) and I was away in China . I began to hear about this while I was in China for one of my commitments. So, I came back almost a week before the celebration of the 50th Independence Anniversary and I was in Abuja to chair a Presidential Advisory Committee. It was after that I was able to come to Obosi. It is not a question of waiting until this time; it was a question of not being able to come back.

Do you see the crisis as having some political undertone?

Well, I don't, there may be some political dimension to it but as far as I was concerned, I came in because there was quite some people who came to me. I had been involved in negotiating peace in South Africa, Papua New-Guinea, Pakistan and different countries and would I allow my own community to be in conflict without doing anything. So I came in and I was determined to restore peace to Obosi.

What is your assessment of the effort of the Anambra state government in the crisis?

Were you not surprised that the crisis was almost degenerating to militancy just like what you have in the Niger Delta?

Well, I think the two situations cannot be compared. In Niger Delta, the militancy arose from long held grievances by the people, particularly young people who believe that the region is the source of the national revenue and has been neglected. Their position is that the revenue emanating from the region has been used in developing other parts of the country and neglecting them. This is the source of militancy there. In Obosi, there is no such grievance, so, the two situations are not comparable. I think the worst that could have happened in Obosi would have been total breakdown of law and order.

The Obosi Micro-finance bank was one of the banks that had problems with the Central Bank of Nigeria (CBN). Is it true that you influenced the CBN to give Obosi a second chance?

What the CBN now did was to give Obosi and other banks a second chance. And in my intervention with the CBN, I did explain, assure that the state of the past, the technical deficiencies that prompted the action of the CBN will be corrected. I believe that CBN has given the Obosi micro-finance bank three months to correct those states, I am hopeful it will be corrected.

How do you run you private business?
I have no private business; I am a retired Secretary General of the Common Wealth. I get my pension from the Common Wealth and all the things I do for the government here in Nigeria, government and Institutions abroad, I do on pro-bono basis. I don't get salary from the Nigeria government though I am Chairman of Presidential Advisory Committee on Foreign Affairs and a member of the Presidential Advisory Council.

I don't get salary by the government, though government pays for the expenses of our meetings. And abroad, I am in the governing council board of the South Centre, I was until few months ago, the International President of (WWF), World Wide Foundation and a Trustee in the British Museum and Advisory Council of Democracy Coalition Project based in Washington. All these I do without being paid by the Nigerian government.

What is your view on the ASUU strike which is now a national issue?

I think that the ASUU strike is one of the reflections of the regrettable state of our educational system in this country. When I was in the University College of Ibadan, it was unheard of that lecturers or faculty members were on strike. The whole education system from primary, secondary and to University was sound, and the quality of education was sound.

The resources deployed to education by the government was sound but now, we have the situation where the quality of education in this country declined, school curriculum has deteriorated, universities are inadequately funded by government and promoters of private universities. I hear stories of lecturers demanding some money from the students. So, I think ASUU strike is a reflection of unsatisfactory state of our educational system and I hope that serious dialogue between the ASSU and the authorities would resolve the issues that have led to the strike.