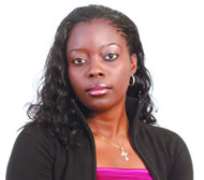 Love Idoko
For the past two years, Benue State has been termed the state that took centre stage in entertainment, all thanks to the Love Idoko-led Dream Pointers Ltd that launched Benue out into the entertainment scene with the first-ever red carpet event that saw over 29 celebrities flying into the state for the event.

Idoko carved a niche for herself as an event planner of repute having hosted high profile events in the food basket state. Top on the list of the events she planned is the recently held 'Naija at 50 live in Benue' where top celebrity personalities such as Wande Coal, Djinee, J Martins, Gordons, Zaaki Azzay, I go die, Omotola Jalade Ekehinde, Desmond Elliot, Uche Jumbo, Monalisa Chinda and others were present; top government officials also graced the occasion which had the deputy governor of the state Mr. Lawani and some special advisers also in attendance.

'It's really not easy, that's the truth, a whole lot of people don't understand what we go through, but it's really not easy but God has been faithful. God has helped us, I believe that only God can take all the glory, God is the one that has really helped us and also the state government has been supportive and they have believed in Dream Pointers and they have encouraged the dreams pointers'

The publisher of Motivation Magazine is obviously passionate about the people of Benue.

They organize youth empowerment seminars to encourage young people to do something positive with their lives as well as doing a lot of charity. Last month, the group visited an orphanage, gave them a lot of gifts and also gave one of the children a scholarship. Students of the Kogi State University have also benefitted from this group in terms of books, bibles and scholarships, a well known driver in Benue was also treated for an eye operation, courtesy of Dream Pointers.

Idoko still has it on her agenda to bring the popular American contemporary musician, Kirk Franklin to Benue state.