Actress ANNIE MACAULAY speaks on TUFACE and the other babymamas 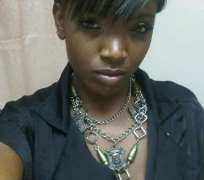 Innocent Idiba is one of the biggest musicians in africa today,no doubt,and his recent live show which pulled successful people from all works of live is still the talk of town.

Recently whispers filtered in that two of his babymamas annie and pero involved themselves in a fight of the decade after the show Since annie is now in a familiar terrain(nollywood)some of her colleagues pleaded that the story was false as they were at the venue and even still there when annie went away.

The only natural thing was contacting annie as other party mentioned in the altercation had returned to her American base..

It was a question and answer session.first annie screamed ''i cant believe stella is calling me,what did i do right this time?you always went to press without hearing my side.God be praised,stella called me!''

After preaching the gospel of the 'two sides of a coin to her,the session began.

Stella--:Annie could you please tell us why you involved yourself in an altercation with pero your babydaddys babymama?

Annie---:let me state it here now that nothing of such happened,i have not seen the write up but people have been calling me and those who know the truth know the truth of what happened on that day.

Stella---:Annie why did you decide to become babymama number three knowing that innocent already had kids from other ladies?didnt you have a choice.

Annie---:I am not even going into why i did it,i dont have any regrets and i am having a great time with my daughter.you make it sound like there should be regrets but theres none.

Stella---:Are you still together with innocent?

Annie---:I really dont want to talk about innocent like that anymore in the papers,sorry but i will pass this question.

Stella---:Okay so what is your relationship like with the other babymamas sunmbo and pero and whoever else?

Annie---:I hardly ever see any of them.their kids are related to my daughter so i really dont have any problem with them,i would love my daughter to have a good relationship with her older siblings.i have no problem with them and when i see sunmbo i say hello to her,we are cool like that.

Stella---:And when you see pero?

Annie---:I hardly ever see that one but i dont have any problem with her,if she has with me,i dont know about it.

Stell---:So you have metamorphosed into an actress?is that a stunt or for real?

Annie---:Well its not an overnight thing,over the years i have been trying to break through but right now,the light is shining for me and i am trying to focus on my acting career and other things i am doing on the side as well.from now on,i want to focus on what i do,all these rumours are distractions and i will ignore them,the only thing that hurts is that my little girl was mentioned in the write up,something that was supposed to be a beautiful event between a little girl and her daddy is now being turned around negatively,to be little something so beautiful it hurts.i am not even going to give the story going round a second thought because I know it didnt happen.Tonto dike and sound sultan were actually there and people can verify from them that nothing happened.its amazing how people just make up stories.how can they say Innocent used my daughter because she was the only one available to be used and not because he really wanted to,innocent is not like that,he loves his children equally.

All innocents kids are related and i dont want anyone bringing bad blood between them because its not neccessary.Innocent is really trying his best to unite his children.

Annie:---I dont plan on making more babies with him on anyone else anytime soon and thats the truth.

Stella---:Thank you for taking out time to answer the questions.

Annie---:Thank you for calling this time stella.you have written a lot of things about me that i wished you had called to ask me first but thank you for this new move,i hope you will call next time before you write,it makes things easier and it helps not misinform people.

Whoever went to town with this false rumour God bless them.thank you stella.