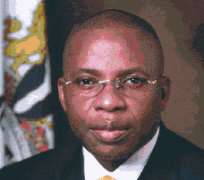 An Iho High Court in Ikeduru Local Government Area of Imo State presided over by Justice T.N. Nzeukwu has discharged the order of injunction restraining the state chapter of the Peoples Democratic Party (PDP) from holding its congresses to elect new state, local government and ward executives.

Justice Ngozi Opara had earlier this year issued an interim injunction barring the congresses pending the outcome of a suit filed by party's treasurer, Mr. Peter Ezenwa Orji and others against PDP in suit No. HMI/120/2009.

When the matter came up for hearing, counsel to the defendant, Mr. O.A. Obianwu (SAN) urged the court to discharge the order. After hearing the counsels of both the plaintiffs and defendant, the court held that it was equitable and in the interest of justice that the order placed on the congresses be vacated.

Daily Sun gathered that the party was expected to hold its congresses on Friday, starting from the ward. Accordingly, the local government congress will be held on Saturday while the state congress comes up on November 1.