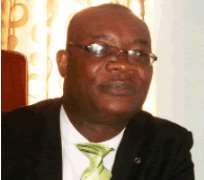 Wale Adeduro
Following recent revocation of licences of some microfinance banks, there have been calls from various quarters for the Central Bank of Nigeria (CBN) to scrap microfinance banking in Nigeria. Mr Wale Adeduro is a management consultant with specialization in productivity, as well as the chairman of Cashcow Microfinance Bank.

He spoke with Daily Sun on the future of microfinance subsector, believing that if people actually bank with microfinance banks, the sector would do better than the commercial banks in terms of performance and per centage.

Excerpts:
Calls for scrapping of Microfinance banks
Those who are making these calls are doing so out of ignorance. One of the ways a community or an economy can grow is to empower the economically active poor. For example, a youngman, who has been doing business from his bedroom as a graphic artist, collected loan from a bank and, within one year, he has been able to employ five people. This has added value to other five families in Nigeria, and you say a bank that does this should be scrapped?

These people have wives and aged parents. What would they have done? Commit suicide? Unfortunately, we are in an environment where ignorance is put forward as wisdom in Nigeria. A lot of people don't understand what they are saying or doing. Some, who don't bank with microfinance banks sit in their offices and government houses and declare that microfinance banks have failed us? How has it failed them?

In the first instance, the structure of Microfinance banks in Nigeria is not the same as in Bangladesh, where it originated from. We actually want to practice it the way it is done in Bangladesh but our environment is totally different. If your neighbour knows you owe in Bangladesh, in fact the shame and reproach associated to it will make you want to run out of the community.

But in Nigeria, a person that owes will say let us meet in court.

Now, why don't they clamour for the commercial banks to be banned too? Yes, there are imperfections in the system, which prompted CBN to wield the hammer. That is also why the CBN has said if the banks are able to recapitalize, it would restore their licenses. This means that it is not all of them that were corrupt or are thieves. Of course, you cannot restore the licence of a microfinance bank where the Managing Director is a thief, or where all the directors have stolen all the money.

Their offence, according to CBN, is that some of them are technically insolvent, have professional, managerial and technical challenges. Somebody who is educated shouldn't now come to the public and say, 'close down all microfinance banks', no. It is like throwing the baby away with the bath water.

In any case, all the loans that were not paid back were not taken by the directors of these banks. The reason why loans go bad is that some customers make the money before the repayment date of the loan, but because they go ahead to recycle the money, and being less careful, they run into trouble most times.

I think the commercial bank issue has come to play. There are a lot of customers who take loan and run away. So, it would be counterproductive to ban microfinance banks. Rather, the system can be overhauled, which the CBN is doing now. I am also sure CBN would improve on the framework of supervision and how to run microfinance banks.

First, there must be an enabling environment that backs up a microfinance bank, such that the law can apprehend a defaulter instantly. But today if I go to the Police with a loan defaulter, Police will expect me to pay commission. Again, if a defaulter knows someone in Abuja, he may be free. But if a legal framework exists that if you owe a microfinance bank, and fail to pay back in six months you can go to jail, the situation would be different. If a law court can jail someone because the person gave a bad loan, what happens to the people who took the bad loan?

Our legal system is so funny that you can take a customer to court and in ten years you are still in court, as a bank depending on the kind of strength the man has. So if a debtor knows that he can take me from the lower court to a higher court until ten years, why must he be worried to pay? But a special court for microfinance banks will reverse the trend. Most people deliberately do all these because they felt it is government money; a national cake.

How do we ensure we don't throw the baby away with the bath water?

You were at the customers' interactive forum where genuine customers of the bank gave testimonies on how a little loan they took transformed their business and their lives. You wouldn't want to deny them this opportunity. It was an open forum. If I had defrauded them, they wouldn't come with such testimonies. The benefits are more than the demerits. Between August 2009 and now, commercial banks have not really given fresh loans out to anybody. The only people who have given loans for the past one year are the microfinance banks and may be some mortgage bankers. That means, fresh businesses were actually down because of the two categories of financial institutions I mentioned earlier. If they were not there, imagine what would have happened to our economy.

The credit bureau is a wonderful idea. If it becomes perfect, some customers who owe more than four banks at a stretch can easily be detected. Microfinance banks do not know how to double check all those information. Thankfully the National Association of Microfinance Banks has come together now from various zones to exchange information. But yet, these are not computerized or digitalized. So I have to call as many as I can to find out if a customer has loan with them. With a credit bureau system, you can get all the information by a click of the button.

Again, we should have a complain centre. This may be on the website or through CBN so that if you have actual complaint about your bank, suspicion about directors of your bank, about the management staff of your bank, you should have a place where such could be channelled and such complaints can be investigated so that within a week, it can be attended to. A sort of ombudsman for the microfinance banks can be helpful but we don't have that now. That way, you cannot throw the baby with the bath water.

Challenges of microfinance banking
One of the challenges that microfinance banks face is that the economy is tight. People say we should not be in buildings. I am not going to run a microfinance bank from a kiosk. We have just one Car in about two years. We are not flamboyant. We don't have any branch except this Igbosere office headquarters. We have managed ourselves. Others might not do the same but what about the challenge of power? About 60 per cent of our expenses every month go into energy.

The CBN should come up with an enabling framework that when implemented, the environment can be friendlier to the operations of microfinance banks. When a commercial bank put fear in you by refusing to honour your cheque, they are indirectly telling you to go and close your account. So people only come to microfinance banks when they want to borrow money, but prefer to bank with commercial banks. Such people are not being fair to us. I, as a microfinance bank operator do not subscribe to illegality, recklessness or hanky-panky in business. If it is not a Godly system close it down.

But the truth of the matter is this, the community that we operate in, is a very difficult community. Some companies that request for evidence of performance from their clients do not recognize recommendations from microfinance banks. If I can't issue performance guarantee to my customer; he will simply go to a commercial bank. Your competitors are after you; your customers are planning to mess you up. For instance, I am holding somebody's drivers' licence but what am holding in actual fact is a fake driver's licence. Somebody gives you his international passport as evidence of identification; you take it without knowing that the man has four international passports. You can't track anybody. The National Identification system could have helped microfinance banks but it has not worked the way it should work.

Why small loans are not easily given by microfinance banks

Yes, people say we are not giving money to small business units. Hello! Most of the small business units do not satisfy small conditions given to them. Like the man that complained at our forum, he just came and said just trust me with mouth. He had no assets.

Okay when he now did his business and got assets, we asked him to take the loan; he said we didn't give him when he wanted it. We are not desperate, neither are we doing loan sales. Most people don't take insurance serious. They don't even insure their Cars. Tell them to go and do comprehensive insurance, they will tell you no. Most houses do not have Certificate of Occupancy or have no registered title. Those are the complications.

Do you blame CBN for revocation of licenses of MFBs?

For me I do not blame CBN for what it has done. They probably have more facts than I have. If CBN who gave you licence says he is withdrawing the licenses there must be reasons. Even before the revocation, some microfinance banks have closed down.

So if the apex bank had not intervened, of course there would have been a free for all situations. Again, there are many of them whose licences have been returned. Others were told to recapitalize which means that many more may be restored which cases are not so bad. Yet, supervision as well as banking business is an ongoing process.