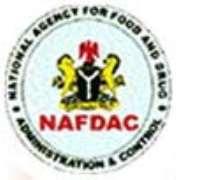 The National Agency for Food Drugs Administration and Control (NAFDAC) at the moment is waging war against the use of agrochemicals by farmers to boost farm produce. The agency is touched by the way the use of pesticides is affecting the production of cocoa.

To ensure that the trend is reduced, the agency embarked on series of sensitization campaign for all kinds of farmers in Ekiti, Osun and Ondo states that are noted for high cocoa production.

Recently, the organisation took its campaign to Akure, the Ondo State capital. At the programme on safe and responsible use of agrochemicals in collaboration with Croplife Nigeria and Cocoa Association of Nigeria, the agency read a riot act to farmers in the country.

The Director- General of the agency, Paul Orhii, said it is now illegal for people or group of people to import banned agrochemicals into the country. He said both importers and users of banned toxic agrochemicals to boost their farm produce and livestock risk jail term of between five and15 years if they are caught in the ignoble act.

Erring farmer is also liable to pay a sum of N500,000 as damages for using banned agrochemicals on their farmers

Represented at the occasion by the agency's Director, Narcotics and Controlled Substances, Hashim Yesufu , Orhii lamented that the indiscriminate use of agrochemicals among cocoa farmers was affecting the cocoa products being exported out of the country.

The NAFDAC boss said a task force will be set up in all the states of the federation to ensure that farmers comply strictly with the directive on the banned agrochemicals. The effect of the agrochemicals used on cocoa during and after plantation was making consumers of the nation's cocoa to reject it in the international market:

'To ensure that our people do not use banned substances like gammallin, lindane or pesticides banned in cocoa such as copper sulphate, diazinon and others, a task force that will comprise NAFDAC staff. Police, judiciary and representatives of each state government will be set up in all the states of the federation.

'It is very important that cocoa farmers and warehouse agents desist from using these pesticides that have been banned for use in cocoa, their use will no doubt result in rejection of the nation's cocoa exports with the attendant huge economic loss both to the farmers and the nation. The NAFDAC boss also raised alarm over the increasing death arising from the consumption of grains and meals produced from grains which had been contaminated through toxic agrochemicals.

He noted that reports from the World Health Organisation (WHO) estimate that at least three million cases of acute poisoning and 20,000 deaths occurred annually in the world due to food exposed to pesticides: 'The hazardous nature of chemicals and their inherent toxicity and ability to cause poisoning makes it mandatory that we ensure the safety of the user, our populace and the environment. Toxicity arising from chemicals could be acute or chronic ranging from minor discomfort to cancer, endocrine disruption, organic disorders and other effects.'