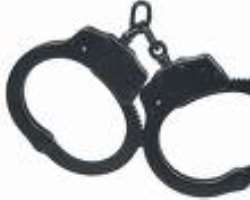 By Kingsley Akkor
Asabe, the “second wife” of the late General Shehu Musa Yar'Adua, was yesterday arraigned at an Abuja high court sitting at Gudu yesterday along with one Linda Anyanwu over allegations of fraud and attempts to obtain money from the Comptroller-General of the Nigeria Customs Service.

The Economic and Fina-ncial Crimes Commission (EFCC) arraigned them.

The accused persons who pleaded not guilty to the three count charges were ordered to be remanded in the custody of Suleja Prisons by the trial judge, Justice Abubakar Talba until June 22 when hearing on the motion for their bails and trial would commence.

Williams said: “May I respectfully apply for the bail of the 1st accused person, I recognise that this is a court of records and by the rules of the court, bail applications ought to be brought formally.

“It is in recognition of this that we have filed a written application for bail and we are prepared to move the said motion.”

However in opposing the hearing of the motion, Larry-Peters told the court: “The learned defence counsel is familiar with the rules of the court. He has just served me with the motion less than ten minutes ago and has raised very serious averments that I have to study and respond to. We would be opposing the application.”

Ruling on the matter, Justice Talba noted that the prosecution was entitled to the mandatory 48 hours within which to respond to the issues raised in the motion.

He however pointed out that due to the court's congested programmes billed for next week, the matter could only be taken on June 22 and subsequently adjourned the matter to that date.

The charges against the accused persons are: “That you Joy Asabe Williams alias Hajia Asabe Shehu Musa Yar'Adua and Linda Anyanwu on May 13, 2009 in Abuja, within the jurisdiction of the High Court of the Federal High Court conspired among yourselves to collect money from the Comptroller-General of Customs under false pretence and thereby committed an under the Advance Fee Fraud Act contrary to section 1[3] of the Economic and Financial Crimes Act.

“That you, Linda Anyanwu on May 13 2009 in Abuja, within the jurisdiction of the Federal High Court attempted to collect money from the Comptroller-General of Customs under false pretence and thereby committed an offence punishable under the Advance Fee Fraud Act contrary to section 1[3] of the Economic and Financial Crimes Act.

The woman who was identified by the anti-graft agency as Mrs Joy Asabe, was alleged to have falsely represented herself as wife of the late Major General Yar'Adua, with the intent to defraud the Comptroller General of Customs.

She was said to have committed an offence the EFCC said was contrary to section 8(a) of the advance fee fraud and other related offences Act 2006 and punishable under section 1(3) of the same Act and section 324 of the penal code Act, cap532,1990.

The trial high court judge, Justice Abubakar Talba gave the order remanding her yesterday after the EFCC had arraigned her and another, one Linda Anyanwu, on a three count -charge of fraud and attempt to obtain by trick.

Although they pleaded not guilty to the charge, the court yesterday sent them to prison in the first place to enable it time to hear and determine their bail applications. EFCC had dragged both Asabe and Linda to court.

Asabe was charged as Hajia Asabe Williams (aka wife of late Yar'Adua). The anti-graft agency is contending that Asabe is not the wife to the late Gen Yar'Adua.

The Hajiya did not waste time to correct Justice Abubakar Yalba yesterday, when he referred to her as Joy Asabe Williams, alias Hajiya Asabe Shehu Musa Yar'Adua.

She told the court that her claim to the Yar'Adua family was never questionable and that there was no basis to add alias before her name.

Mr F.P Abu, who represented the commission, yesterday further pleaded with the Judge, to transfer the accused persons from EFCC detention to prison custody.

He told the court that the transfer was imperative considering that the detention facilities in the EFCC was overstretched.

The accused persons has been in EFCC custody since the 13th of last month when they were arrested by the men of the state security services(SSS) who latter handed them over to the EFCC for prosecution.

It was gathered that the travail of the accused persons, started about three weeks ago when Miss Linda Anyanwu, who was said to be based in Germany, appeared at the Customs headquarters Abuja, to demand for some bags of rice.

She identified herself as a representative of the Asabe Shehu Musa Yar'Adua Charity Foundation, an NGO owned by the Hajiya.

It was said that a fracas ensued between the lady and the Comptroller General of Customs over the issue of identity, and the Hajiya was invited to clarify the controversy.

On getting to the Customs office, she, alongside Miss Linda were immediately whisked away by men of the SSS.

The first accused runs a non-governmental organisation called Asabe Yar'Adua Foundation. According to information on its website, the foundation was established to “lay a solid foundation for sustainable poverty reduction.”

Its aims and objectives include provision of clean and sustainable water in the rural areas; reduction of poverty in the society; peaceful co-existence; empowerment programme and capacity building; humanitarian services and HIV/AIDS research.

“With your help, we can make a lasting and monumental difference. The projects we are working on will involve drilling of boreholes, free medical treatment, and scholarship awards. We need you to accomplish this and there are no donations too small,” stated Asabe on her website.