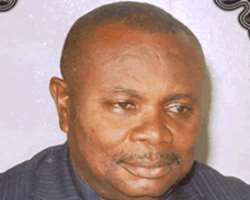 Dr. Nwanne Chioke is the National President of the University of Nigeria, Nsukka, Alumni Association (UNNA). In this interview with DESMOND MGBOH, the Kano-based medical businessman x-rays the issues and challenges before the university of Nigeria, Nsukka (UNN), even as the university celebrates its golden jubilee. His verdict: though the road has been rough, the score is promising. Excerpts:

The university just celebrated its 50th anniversary. As the national president of the Alumni, what are your impressions of the grand event?

To start with, we are in deed very grateful to God that our own university is able to reach this stage in life, which is the reason for the golden jubilee in the first place.  And I will add that it has been a wonderful experience for all of us: students, teachers, alumni members and all the stakeholders.  On the other side, there are bound to be hiccups here and there in an event of this size and nature.

Our observation is that some of those that ought to be fully involved were forgotten and were not carried along. Perhaps, that might have been an oversight. But be that as it may, we intend to correct that by dialoguing. We will also want to point out here that the major reason some of our members did not come to the celebration is because it was obvious to them that there will be no accommodation for them.

Well, it has been great to all of us, both past and present Lions and Lionesses, and I think that the meaning of the celebration is not lost on us who are the witness to that historical event. Regarding the challenges, we have to look at the achievements that were recorded in the past and what has been happening. I think, frankly speaking, the challenges ahead of the university are enormous.

However, with the emphasis that the incumbent Vice Chancellor is placing on ICT, probably he will be able to grapple with the enormous challenges of the future. But there are still so much to cope with. Everything is not just about ICT. There should also be the liberalization of the admission process, because I have always said this: the universities cannot survive on government subvention alone. It is time for them to look out for alternative source of funds.

What exactly are you referring to …..?
I am talking of the need to extend admission to, places of other political influence. The University is actually the University of Nigeria.  I think the problem with UNN today is not that of infrastructures alone and not that of the standards of teaching learning situation alone. I think also that it about getting our cards right. In the past, we used to have people from all parts of this country in UNN. If you harness your alumni very well, I don't think the university will have problems of funding some of its programmes and this is actually the major challenge facing them, because as it is, they do not understand the value and power of the alumni association.

It is about liberalizing admission into the university. Don't forget that this is the UNN. If we begin to admit people from the core Igbo area alone – and it is becoming admission from the Nsukka/Enugu area, can we really call it the university of Nigeria any more? If anybody rises tomorrow and challenges us to show the reason why this university should be called the UNN, can we really show that, by the character and composition of the school today?  In those days, when we were admitted into the University, we had people from across the country, studying, teaching and therefore living there. It was a Nigerian community as the name implied. We also had students and lecturers from everywhere. We had students from Cameroon, Ghana, from Liberia and so on.  You can't find such things in Nsukka today. And that is bad. And that is why we are advocating that there must be a very conscious effort by the administration of the University to make sure that qualified students are admitted into the school from across this country.

The Vice Chancellor is somebody who has just assumed office. How would you rate him, given the challenges he met on the ground when he assumed office?

He is not doing very badly. Remember that even before he came, even before Professor Nebo, and the one before that one, they came to meet a number of rots in the University. There were challenges ever since and as Nebo was going, there were a few other issues that we have proposed to the University and I think the present Vice Chancellor is trying to grapple with that and he is doing well on those issues. He is also trying to improve on the aesthetics of the University. All these we must give him due credit. We have also been able to see that structures that were left in dilapidated conditions, structures that were destroyed a long time ago and were allowed to decay by the previous administrations, he is beginning to work on them, especially the students' hostels, the toilets' area and all these areas. So, he looks promising in the face of the daunting tasks.

There is this opinion that UNN today, compared to UNN 20 or 30 years ago, has not been producing the same quality of graduates that it is renowned for across the globe. To what extent is this suggestion true?

Yes! You may be right on the comparison you have just made. My take is that over the years, the managers of the University became lackadaisical in the employment of lecturers. And what we have today is part of the consequences of that lapse in the recruitment process.  For it is true that to be able to get first class quality students, you must be able to, first, get disciplined, committed and qualitative lecturers. Over the years, they didn't do this. Most of the times, employment became political. Before now, the University used to go to any length to get the best, but that is not totally so any more. I remember that when we were in the university, people from across the country were teachers in UNN and it was of such huge benefit to scholarship in general. But if you go today, I am not sure you can find that kind of spread any more.

But before then, students were admitted on the basis of their JAMB results and you and I know how JAMB was and is still being conducted across the land today.  So the universities are even trying to improve on the quality of the students they are admitting.

Recently, UNN had problems of students' unrest for which you were one of those stakeholders that helped resolve some of the issues. What is the situation now?

But what are their grievances? May you just point a few them for us.

Well, they tell us that some of their members were suspended. We would wish that the cases of those students that were suspended be reviewed. We will also wish that in not a very distant time, they should restore their union to them and allow them to run democratically, allow them without interference, to select competent members from among themselves to their leadership.

If I may ask, what have been the contributions of your alumni to the UNN, maybe in the area of infrastructure?

There are so many infrastructural developments going on in all the campuses of the University today and some of them are by the alumni. A few examples include the multi million naira dual carriage entrance, an ultra modern moot-court at Enugu Campus, multi -naira worth of computer for the e- library project donated by the Chevron cell of the alumni to the newly-completed Nnamdi Azikiwe University, container load of relevant books  and journals worth millions of naira donated by members of the association in USA. The alumni is also putting in place plans to build an ultra-modern centre to complement the University Guest House, since there is a growing influx of visitors to the University.

Specifically, your administration has past its first half lifespan, same for you as the national president of this alumnus.

What has been the experience and what have been the challenges?

Well, it is a big challenge. It has been a very, very big challenge. Because when we came into office, we reviewed how we have been running the affairs of the union and we realized that we have been on a jamboree. We have not been facing the real issue. So we are trying to redefine the purpose and function of alumni for us to begin to face the issue. For instance, the UNN is 50 years and up till today, we do not have a befitting alumni center in the University.

This is a major challenge.  Again, some of the branches are not able to understand that they are under one alumni association, that in everything that the alumni does as an association, we should have the university as our focus. One of the few ways we can become relevant to our University is for us to generate funds for our University. When that is done, we will be in a position to have a very strong platform, both morally and physically. We will be able to look at issues the way they are and participate in making them better.