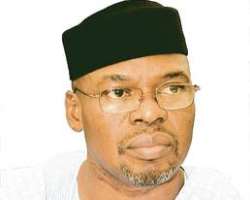 The ruling was sequel to a long drawn battle between Oni who is of the People Democratic Party(PDP), and his Action Congress of Nigeria (ACN), adversary, Kayode Fayemi.

The Court affirmed Fayemi as the duely elected Governor of the state.

Fayemi had approached the appellate court after a lower tribunal in a split verdict of three to two, affirmed Oni as the duly-elected governor as declared by the Independent National Electoral Commission (INEC).

Early yesterday, stern-looking mobile policemen had taken positions in strategic locations in Ado-Ekiti, the state capital, with heavy presence of other plain-clothed security personnel, particularly at Fajuyi Park, opposite the state High Court, a location normally considered as a major flashpoint.