MY ORDEAL IN THE HANDS OF KIDNAPPERS 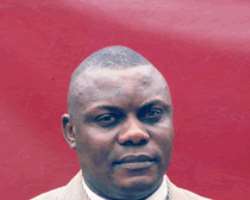 He has been a kidnap victim. His captors forcibly relocated Honourable Peter Ezenwa Orji from Owerri to the thick bushes of Isiala Ngwa in Abia state. He was in their den for six days.

It offered him an opportunity to delve into the psyche and motive of these boys of violence. He describes them as people who need help.

Now Orji, whose sojourn as commissioner in Imo state gave birth to several projects including the liason office in Abuja, wants to present himself as the gubernatorial candidate in the state. Having run through the mills at the party level as treasurer and caucus member, he feels emboldened to step into the fray.

He would rather pity the bandits who held him for days. He believes massive provision of jobs via projects hold the key to engaging the rampaging youths and dissuading them from violence and crime.

In an interaction recently, he explained why he wants to present himself for office and the changes he hopes to effect in office. Excerpts:

What do you expect to see come 2011
Elections will come and go but Nigeria will remain. The elections will be conducted successfully. Nigerians are law abiding and they are eager to see the elections succeed as long as their vote counts.

What is motivating you into higher political office

I have been into politics for a long time. I have been there since 1978 when I was youth leader of Great Nigeria Peoples Party (GNPP) in Imo State and my constituency won. Honourable D.E. Ogwuegbu represented us in Imo House of Assembly at that time under the platform of GNPP in 1979. Today he is the traditional ruler of my place and since then, I have been in politics. Imo State has been badly governed. All you hear is kidnapping and other violence. Bad governance led to all that. In 1999 I was in the team that handed over to the civilian administration. Our allocation for Imo State then was between 150 and 200 million naira monthly.

That was when we built the Imo liaison office in Abuja under me as Commissioner for Works. That project cost N121 million naira. We built the General Hospital at Umuguma, we built the FSP primary and secondary school at Ugwuorji, we built SPEB, we renovated the Imo House of Assembly Complex among many others and we were receiving meagre allocation. Now the money comes in billions. You can now imagine what I will be able to do with that kind of money. It is a matter of prudent management. People managing Imo now are not good managers.

Who is backing you to run for this office
God is my Godfather. I have been living in the state since 1999. I have been with the people since 1999. The people know me well. They saw me when I was tarring MCC road in Owerri, supervising it under the rain and sun. As a Commissioner I was always on the street. When Mbari centre was built I was there, also the General Hospital at Umuguma I was there too. Contractors like OK 2000 and others saw me. They are the ones now calling me to come and bail Imo out. Imo is the largest state in the South East with 27 local government areas, yet it has nothing to show for being big.

What do you hope to make of a land locked state like Imo?

That should not be a problem at all. The people are very enterprising. Already people from neighbouring countries especially in the West Coast are coming to buy and sell in the South East. Apart from that the Oguta lake needs to be properly developed. if that had been done the state would have been brimming with business. Imo could enter into partnership with neghbouring states to develop that lake because it is not too far from the Atlantic Ocean.

What are you going to do differently from what the current people are doing?

Firstly I won't be making noise about road, water and electricity. Those are basic things. I will do them quietly. The key task is to transform the state by asking the question; what should be the main stay of the state. And I tell you that the mainstay is palm produce. We met it as kids just like groundnut pyramids in Kano. My idea is to restore the palm tree as the main stay of the state. The land scaping of every public building including government house will be done with palm trees. Every local government will be asked to provide some hectres of land for palm produce. The state will now replace old palm trees for individual farmers. After 22 years the life span of every palm tree is expired. By so doing palm produce will become the main stay of the state, which will provide employment for many people. Secondly, I will select two local government from each zone and transform them into models within one year.

How will you deal with political godfathers who, according to allegations, must be settled periodically thus reducing state funds.

I do not agree that our political elders who you choose to call godfathers are those troubling the state. If they hold ceremonies and government gives them a cow and, may be, little cash does that make them bad people? They are experienced people who deserve respect. They are willing to give their advice for the development of the state, but if their advice is not taken what do you expect them to do. They will sit back and watch.

What about the issue of zoning.
I intend to be in office for only four years in order to complete the tenure of Okigwe zone. After that, it will be the turn of Owerri people. I was one of those who insisted that Achike Udenwa must complete his second tenure even when people from other zones showed interest. After him it was the turn of Okigwe and I was a front runner in making sure that my zone, which is Okigwe got it. It is still Okigwe's turn that is why I have come out to complete that tenure. I will only serve for four years because my brother Ohakim has taken the first four years. I tell you in 2015 I will ensure that somebody from Owerri zone gets it. I have always respected and obeyed the zoning model in Imo.

Are you sure you can withstand the temptation of not going for a second term?

My brother, I believe in peace and respect. I cannot go back on my word and cause confusion and anarchy in the state. If I renege on my promise the people could revolt. I am not going there by the barrel of a gun, it is through the vote of Imo people. Therefore I must respect their wishes. I, honourable Peter Ezenwa Orji, have said it that I will serve for only four years.

Why do you think there is insecurity and kidnapping in the East.

It is partly a failure of government. If there were jobs the youths will be engaged and they will have no time for robbery and kidnapping. If I am elected in 2011, I will allow local governments to use their funds. We will only monitor them from the state level. The state will embark on meaningful projects.

I understand you have been a victim of kidnapping what was your experience?

Yes that is why I am telling you that I know what to do. I was taken from Owerri by the kidnappers to Isiala Ngwa in Aba area. Those boys have no value for life. Some of them said they worked for politicians who now earn hundreds of millions but now neglect them. I told them that nobody earns hundreds of millions in a month.

They said my car was worth tens of millions and I tried to correct the wrong impressions. They were ignorant. It shows they are not meaningfully engaged. When they asked for hundred or two hundred million, I told them that they will need a bullion van to carry that amount of money. They are just ignorant and idle, which is why I blame government. After talking to them, they wanted to go with me but they asked whether I can give them jobs and protect them. They have lost hope in the society, we need to rehabilitate them ad teach them. Even while they were keeping me, their family members were calling them asking for school fees. They think that going to school requires so much money.

How long did they keep you?
They kept me for six days. They took me from Owerri to Isiala Ngwa. The police did a very good job in rescuing me. I did not pay a dime. I believe that the police can work hard. The commissioners in Imo and Abia states combined forces and rescued me.

There are speculations that you have stepped down from the race.

No, I am in this race to win. I am not stepping down for anybody. I think I am even more qualified than most of them running for the office.

I have served the people of this state in various capacities, so I am not stepping down. Others have the right to also present themselves, this is democracy. I am running under the umbrella of PDP and the primaries have not yet been conducted. I am not stepping down for anybody. I have been in the party executive since 2005 and I have gone round all the local governments. The delegates know me. I am the only candidate that lives in the village. I am with the people all the time.

What will you do if the party imposes a candidate?

By the Supreme Court ruling the party has a right to present a candidate that can win election for them (now reading from PDP party guide line) 'not withstanding the provisions of this guidelines and any other rules or regulations laid down by the party the decision of the national working committee shall be final and binding on all aspirants, officers and organs of the party in-respect of the primary elections to the National Assembly on the platform of the party.'

We got all the three senatorial seats. The political stakeholders in Imo State know me very well. Imo people asked me to come out and they have been very helpful in terms of ideas and materials for this my contest.

Do you believe Imo is a poor state.
I don't believe that. If you remember when Achike Udenwa came to office he paid off a backlog of money being owed, and when he was leaving the state was not owing, he was prudent. I learnt that the state has started owing again. But that is not an issue. No amount of money will be enough. It is a matter of good management. Right now our money is not being used at the local government level. That is why there are no developments going on. That is why Imo people have asked me to come and bail them out. They know I have the zeal and courage to do the job. They know I am a practical person. Definitely I will transform Imo.