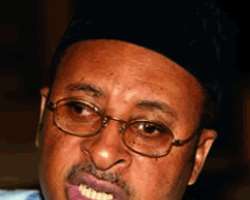 There has been a bit of disquiet on the political scene over registration of two parties that share identical acronyms. RAZAQ BAMIDELE examines the brouhaha

A one time member of the House of Representatives, Alhaji Rasheed Adewale Shitta-Bey, formerly of the Alliance for Democracy (AD) and Professor Pat Utomi, a former Chieftain of the African Democratic Congress (ADC), are at the centre of it all.

While Shitta-Bey now heads the MPPP, his equally progressive friend and associate, Utomi heads the SDMP. The two parties were expected to be a single party that was to emanate from a political association popularly known as Mega Summit Movement (MSM).

But along the line, things fell apart among them and they scattered, either to their former parties or form their own parties.

Eventually however, it was Shitta-Bey of the Alliance for Democracy (AD) and Utomi of the African Democratic Congress (ADC), that succeeded in forming two forms of Mega Parties that is now the bone of contention between the two of them.

While Shitta-Bey is of the belief that registration of two parties with identical acronyms is wrong, Utomi sees nothing wrong in that.

It was against this background that Shitta-Bey petitioned the Independent National Electoral Commission (INEC), asking the commission to cancel Pat Utomi's SDMP.

The MPPP boss pointed out that 'in all our meetings, our slogan is 'Mega Party,'' complaining that 'this new party, SDMP copiously used our acronym 'Mega' with the aim to deceive or confuse members of the public over the identity of our great party.'

Against this background, Shitta-Bey reasoned that 'your Commission should have refused to register the SDMP based on the above reason,' asking the Commission to deregister the SDMP if truly it was committed to conducting free, fair and credible elections in 2011.

The MPPP boss further stated that other reasons why INEC should not have registered the SDMP are that: 'The name is the same as the registered description of Mega Progressive Peoples Party otherwise known as 'Mega Party' in the same part of the register (of political parties).

'The name is likely to result in the electors confusing the name or the description with that of Mega Progressive Peoples Party otherwise known as 'Mega Party',in the same part of the register.

'The name could mislead the voters about the effect of their votes and that the name could contradict or hinder a voter's understanding of any instructions about the voting process.'

Shitta-Bey's party therefore 'demands that your Commission immediately cancel the registration of Social Democratic Mega Party as a political party on the ground that its name clearly resembles the description and acronym of our political party, MPPP otherwise known as 'Mega Party'.'

While submitting that registration of the SDMP was in clear breach of Section 78 of the Electoral Act, 2010, the MPPP boss urged INEC 'to clear the mess caused by ill-advised and unguided registration of the SDMP by ensuring that nomination forms are not given to this party so as to prevent it from participating in the forthcoming 2011 general elections.'

Shitta-Bey, who is a lawyer and former member of the House of Representatives, therefore threatened that his party would have no other option than to seek redress in the law court stressing that 'such glaring oversight is not expected of a Commission that promised the nation free, fair and credible election next year.'

INEC appears to have taken cognisance of the similarity when its Secretary wrote to the SDPM to change its name if it desired registration.

The letter, entitled: 'Reply to 2nd verification visit -10/06/2010' and dated August 5, 2010 reads thus: 'The commission at its meeting on Tuesday 3rd August, 2010 observed the similarity in the name of your political association with one of the registered political parties.

'Accordingly, the commission advises you change the name of your political association for further consideration.'

Utomi, in his reply rejected INEC's observation, explaining that there is precedence in registering parties with identical nomenclature in the past.

Utomi reminded that both the Peoples Redemption Party (PRP) and Nigerian Advance Party (NAP), 'which dated back to the second republic have been registered and continue to function under the 1979 constitution.'

Furthermore, Utomi said that 'the PRP and NAP of today function under not just the same name but even with similar party symbols to those used by the earlier parties bearing the names.'

On SDMP, Utomi described its rejection by INEC because of the word 'Mega' as untenable, explaining that 'words such as Peoples Democratic, and Nigerian, are just three of the words that recur continually in the names of political parties registered by your Commission.'

He said: 'A view that Mega appears in two parties saying 'it is inconsistent with the fact that Action, People, Alliance, are repeated in many registered parties.'

Continuing, Utomi said: 'We will appreciate it, if within the next 48 hours you could announce our registration under either of the two names SDP or SDMP.'

However, Utomi, who appears to have moved beyond party registration never recognised the issue as a tussle as he announced in a statement the recent reconciliation between the leadership of his party, SDMP and Chief Rasheed Shitta Bey-led MPPP. He said the two groups are already perfecting strategies with other progressive platforms to face the 2011 elections as a bloc.

Right now, in INEC booklet of September 2010, the MPPP occupies number 33 on page nine while the SDMP occupies number 60 on page 15. And with the latest registration of the SDMP, the number of registered political parties in Nigeria has risen to 63 against the 62 published in August by INEC.

It would be interesting to see where the pendulum of victory would swing.