IMPERATIVES OF GOOD GOVERNANCE AND DEMOCRACY 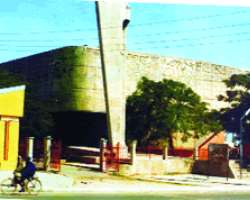 As my dear country, the acclaimed giant of Africa, Nigeria advance to the age of fifty since her independence from the British colonial rule, thanks to the resilience and agitations of nationalist and selfless founding fathers who laid the foundation for her to dictate the pace and serve the interest of the black people across the world.

It is so heart rendering to watch in awe the rapid decline of a once prosperous nation like Nigeria with its cultural diversity, quality of citizens and its vast deposit of natural wealth which made her a envy of many nations within and outside the African continent to have unimaginably nosedived into penury, political and economic devastation, insecurity and international condescension as a product of visionless and corrupt leadership.

Going down the memory lane, in the nation's fifty years of existence, the military have wreaked devastating havocs and have been corroborated with their self serving civilian accomplices in government who have heartlessly milked the nation and cornered the it's wealth. As the nation celebrates, agreeing with the critics of the wasteful spending on jamboree and funfair in place of a people focused celebration and redirection of national values to entail true democracy.

I wish not to over flog the issues but drive home the point that at this stage of our national life, any serious minded political leader will prioritize his or her look into where the nation has gotten it wrong to reengineer and rework it to serve the genuine aspiration of the people. It is glaring that the present crop of national leaders and politicians have deviated from the vision and principles of the founding fathers by abandoning the peoples interest to cater for their own pockets with various policies converting national wealth to personal chattels.

Resting on the premise above, genuine democracy, issue based governance, focused leadership and proper utilization of our human and natural resources for the good of all should be unequivocally advocated by all well meaning Nigerians who strongly believe in the possibility of making Nigeria great again.

I wish to emphatically state that the resultant effect of continuing on this path of wasted years posses a great danger to the health of the nation and the future generation who have done nothing to deserve the cruelty of the present national leaders. But for a few states, good governance is conspicuously absent with visible poverty, decrepit infrastructure, reckless abandon of the education, health, transport, agriculture, industrial and other sectors with a direct bearing on the life of the people, thanks to the stuffing of ballot boxes and electoral robbery by the impostors in power.

To correct all anomalies plaguing the nation, qualitative and genuine democracy based on the rule of law, people oriented electoral reform (one man one vote that counts), principled, visionary and value oriented leadership, far reaching economic policies and infrastructure drive can not be over looked. As we approach another election year, the government must provide an enabling environment for a credible election, for our national image and democratic governance.

Electoral offences must never go unpunished as the complexities and technicalities associated with election tribunal must be removed, while the electorates are to scrutinize the candidates for a qualitative choice of leadership. Another important phenomenon needing correction is the huge cost of administering the nation where political office holder are paid stupendously unmerited salaries, which in itself have continued to cripple good governance, transparency and accountability as many who do not have business in governance see it as a mere opportunity for self aggrandizement and easy opulence.

Nigerians must not relent in the quest for a country of our dream where governance is from the people and for the people, where our corporate resources will serve our collective welfare regardless of tribe, religion or political affiliation. We must participate massively in the forth coming voters' registration and complement it by voting enormously to right the wrong of our horrific national leaders. It is only when all these and other far reaching activities are put in place that our fifty years of independence can be of value and the nation rescued from awful leaders, perpetual waste and imminent ruin.