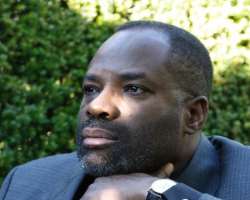 
Excerpt from Nigeria’s 50th anniversary lecture at the Embassy of Nigeria, Paris. A video excerpt is posted at

I was born in 1954 in colonial Africa. One of my most cherished mementos from the colony of Nigeria is one of the pennies I received for my school lunch allowance. The coins bore the likeness of Edward VIII, who became King of England on January 20, 1936, and were minted in anticipation of his reign. However, Edward abdicated the throne on December 11th of that year before he could be crowned. He gave up the British kingdom to marry the love of his life, an American divorcee.

In 1960, a typical day in my life began at our compound on Yoruba Road, in Sapele. Our compound was adjacent to the Eagle Club, a night club where I ran errands for music legends, such as master trumpeters E.T. Mensah, Eddy Okonta, and Zeal Onyia. They would give me a penny to buy two sticks of cigarettes and I would bring back their half-penny change.

Some mornings, my mother would give me a penny with the instructions: "Buy rice with a farthing, beans with a farthing, and bring back a half-penny change." When I told this story to my son, Ijeoma, he interrupted, saying, incredulously "Daddy, you can't get change for a penny!" I then show him my souvenir: a British West African central-holed coin, bearing the head of King George V and minted in 1936 with the inscription "one tenth of a penny." The central hole was for stringing the coins together, to carry them. The world has changed greatly since my youth!

Nigeria has existed for 96 years and has been independent for 50 years. Nigerians must look back to the first 46 years, spent under colonial rule, to understand the 50 post-colonial years of their self-rule. Looking backward, like the Sankofa, is a prerequisite for understanding the way forward.

With self-rule came responsibility. We're now being held accountable for our actions and inaction, our coups and corruption, and our civil wars in Biafra, Congo, and Rwanda.

Kwame Nkrumah said, "Socialism without science is void." I say, "Democracy without technology is void."

A scientist can be famous yet remain unknown. The grand challenge for scientists is to focus on discoveries that reduce poverty rather than on winning prizes. To focus on the prizes we have won, instead of the discoveries we have made, would be akin to dwelling on a hero's medal and ignoring his heroism.

Discoveries and inventions that increase wealth and reduce poverty are the "heroes" of science and technology and one hundred nations have printed their revered scientists' likenesses on their currency. This elevated those scientists as exalted bearers of their people's best vision of themselves.

Please allow me to answer a question I was asked: What did I contribute to science and technology? I reformulated and solved nine partial differential equations listed in the 20 Grand Challenges of computing.

The equations I invented are akin to the iconic Navier-Stokes equations listed in the Seven Millennium Problems of mathematics. Those Seven Millennium Problems are to mathematics what the Seven Wonders of the World are to history. To be accurate, the equations I solved were not exactly solvable, but were computably solvable. That is, I digitally solved the grand challenge version, not the millennium one that must be solved logically.

The internet—meets humanity's fundamental need to compute and communicate—and spreads like bush fire, and resonates decade after decade, and maybe century after century. The internet is a technology that both connects people and connect with people in a way that will forever remain deep and enduring.

I am the artist that told stories about how the Laws of Motion gave rise to the eternal truths of calculus; timeless truths that will outlast the changing opinions of all times. My restated Second Law of Motion became my footprints; my reformulated partial differential equations became my handprints; and my reinvented algorithms became my fingerprints on the sands of time.

I'm the physicist and the mathematician who told a story in which a new technology came alive through three boards: a storyboard, a blackboard, and a motherboard.

My story has been retold from boardrooms to newsrooms, from classrooms to living rooms. It all began as a dialogue between a supercomputer programmer and his 65,000 subcomputers, which he reprogrammed as an internet.

During a conversation conducted in the languages of physics and mathematics between me and my machines, in 1989, I performed a world record of 3.1 billion calculations per second: This occurred when my keyboard replaced the handwriting on my blackboard and bridged the gap between man and motherboard. I became known for my discovery that a supercomputer is an internet and vice versa, and I, the storyteller, became both the story and the witness.

My journey to the frontier of knowledge did not begin in America. It began in 1960 in Colonial Africa.

Philip Emeagwali has been called "a father of the Internet" by CNN and TIME, and extolled as a "Digital Giant" by BBC and as "one of the great minds of the Information Age" by former U.S. President Bill Clinton. He was voted history’s greatest scientist of African descent by New African.