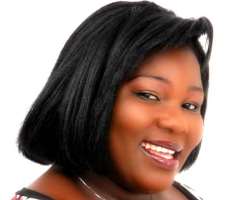 But right now, Ameh is not in a happy mood as she just lost her younger sister, Titi.

Ameh told Nonye that her sister died unexpectedly after a brief illness.

”She just started throwing up and before you know it, she was gone. She was in Kano and was working for one NGO. It is so sad as she was a very nice lady and very cheerful,” Ada said.

Ameh said the remains of her sister, who was married with three kids, would soon be interred.