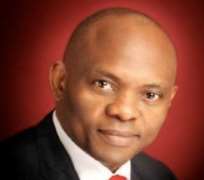 
Promoting intra-African trade has become top priority for African leaders and despite the introduction of free trade areas, customs unions, and common markets, the level of intra-African trade remains among the lowest in the world. Statistics show that only about 10% of African trade is within the continent, compared to about 40% in North America and about 60% in Western Europe.

Consequently, global business leaders and policy makers from across Africa, will gather together under the auspices of the World Bank in Washington DC by Friday October 8, 2010, during its annual meetings, to discuss how trade integration can accelerate economic growth and poverty reduction as well as the critical steps required to scale up intra-African trade.

The panel discussion tagged ‘Can Africa Trade with Africa’, will focus on: strengthening trade competitiveness by reducing behind-the-border trade constraints; expanding access to trade finance; strengthening trade facilitation and logistics and improving capacity and coordination of government agencies at the border; strengthening African voice and capacity in intra-regional, regional and multilateral trade negotiations and building the capacity of customs unions and other regional trade institutions.

The panel will be chaired by Mrs. Obiageli Katryn Ezekwesili, Vice President for Africa at the World Bank whilst speakers include Honorable Maxwell Mkwezalamba, Commissioner for Economic Affairs, Africa Union Commission and Mr. Tony Elumelu, Chairman of Heirs Holdings Limited, and former Chief Executive of the United Bank for Africa.

Other panelists include Mr. William Egbe, President, South Africa Business Unit, The Coca-Cola Company; Dr. Rosa Whitaker, CEO and President of Whitaker Group and former Assistant U.S. Trade Representative for Africa and Dr. Paul Collier, Professor of Economics and Director for the Centre for the Study of African Economies at The University of Oxford.

One of the major impediments to intra-African trade is access to credit particularly for small and medium enterprises in Africa. Mr. Tony Elumelu’s contributions on trade finance will be invaluable, given his experience in creating one of Africa’s leading pan African financial groups.

As the driving force behind the United Bank for Africa Plc, Elumelu will share market-based perspectives on boosting intra-Africa trade, taken directly from UBA’s active engagement in that arena. Only recently the bank which has expanded to 19 African countries, with Elumelu as CEO, launched three related products; Afritrade, AfriCard and AfriCash all of which were conceived to ease the impediments associated with business transactions and payment processes across borders within Africa.