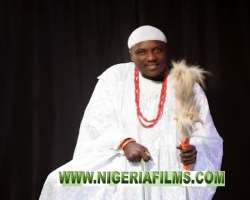 The campaign train of former military president, General Ibrahim Badamosi Babangida got a major boost as Youths in Lagos stormed the Eko Club for the live concert organized by Youths For Better Tomorrow for the Presidential Hopeful.

The concert which was well attended by youths and supporters of IBB had top musicians like Obesere, Pasuma scheduled to perform.

Engineer Abayomi, the coordinator of the Youth for Better Tomorrow revealed that the reason for staging the multi-million naira concert is to enable the group use the concert as a medium to propagate the good works of Babangida.

He said, “He has done a lot, the list is so long, one of which is the third mainland bridge which a lot of people benefit from; he is also the most experienced of all the candidates.

Engr. Abayomi further revealed that IBB stands for who the Rtd General is: I for Intelligent, B for Bright, and the second B for Best of the candidates.

Lending his voice to the good works of the former military president, America based Nigerian who is also a member of the Youths For Better Tomorrow, Mr. Gbenga Marafa said, “I believe Nigeria, with its present situation, we need an experienced hand; looking at the politicians around, you will see they don't know what to do. Looking at what IBB has done, I think he is the right person.

Miss Mariam, the Women Leader of the group disclosed that involvement in the Babangida Campaign is motivated by the liberation women got during his tenure as the Military President.

“I know this man, he is an old man, he is not looking for money; he is campaigning to amend things; no water, no good roads; these are the things we want our leaders to do which I believe IBB will mend.

In a similar development, Saheed Osupa and Taye Currency have been billed to perform in the ancient city of Ibadan later this month.