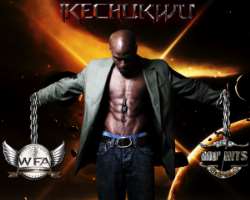 Multiple sources close to rapper Ikechukwu Onunaku have confirmed that he has truly left Mo Hits Records for good. However, in an interesting twist to the tale, the Mo'Hits Records insist the award-winning rapper was never signed to the label in the first place.

Before now, Ikechukwu had flaunted Mo Hits on his Facebook and Twitter pages as his official label and represents the label at every given opportunity.

Indications that the rapper had signed up to Mo'Hits sprang up when he featured on several Mo'Hits songs/videos and vice versa. Before parting ways with Storm Record, Killz, as he's otherwise referred to, was a frequent visitor to the Mo' Hits crew Maryland home, which stimulated the belief that the muscular rapper's relationship with the label might be beyond friendship.

'I won't say I'm ignorant of the whole story, but Ikechukwu was never signed to the label, he's just a friend of the house. Both parties only enjoy a friendly relationship and nothing more. I'm surprised when people say he's part of the crew', the label's manager Sunday Are told us.

However, even the friendship that the parties shared may have been seriously damaged according to other sources. 'I can't say anything about it now. Although I know the story from A – Z but I can't tell you anything', Ikechukwu's close friend who refused to divulge any information regarding the break up told us.

Killz leaves Don Jazzy's stable with no suggestion of where his next move would be, and no one in the know has been forthcoming with details of events that led to his departure. In addition, Ikechukwu did not immediately respond to our enquiries.

It is currently unclear under which label Killz, who is currently in London, would be releasing his third album The Alliance, but we'll keep you posted as the story develops.