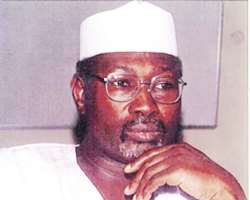 As part of its strategic programming towards ensuring successful general elections in 2011, the   Independent National Electoral Commission   (INEC) has listed effective voter-education as an essential for credible elections.

The commission's Chairman, Professor Attahiru Jega  stated this at the Commission's Headquarters while inaugurating the Joint National Committee on Voter Education, comprising members from INEC and the National Orientation Agency (NOA).

Jega who understands the enormity of the task ahead and the expectations of Nigerians is of the opinion that effective implementation of the action plan by the Joint National Committee on Voter Education will be pivotal to the success of the 2011 general elections.

The Chairman also assured that the Commission would give the Committee the support needed to succeed in its assigned responsibilities.

He said: 'At the root of free, fair and credible election is, of course, good voter education, because we have to ensure that people know how to vote, under what circumstances and the specific expectations from them.

'And obviously, it also makes them not only more enlightened citizens, but more active citizens in terms of getting involved in affairs that concern them.'

Jega added: 'It is a very important and challenging task to be able to design a good voter education strategy and to be able to implement it effectively.

'There is obviously, a wide scope for collaboration between all government agencies and INEC which have mandatory responsibilities for public enlightenment and civic education.'

He urged members of the Committee to put in their best in discharging their assigned responsibility. He added that a lot would depend on them 'for the success of getting an enlightened citizenry and, therefore, getting active participation of the people in both the   voter registration exercise   and subsequent elections'.

He noted the success of past collaboration between NOA and INEC, but urged for significant improvement in the impact of its drive to mobilise the citizenry for effective participation in the ongoing electoral process.

In his remarks, the Director-General of NOA, Dr Idi   Farouk , expressed appreciation to Professor Jega for inaugurating the committee, pledging that it would do its best to ensure effective voter education campaign.

The NOA boss also disclosed that the Committee has chosen October 5, 2010, as the kick-off date of its voter education campaign activities, with a musical fiesta lined up as the main attraction and the INEC boss as Special Guest.