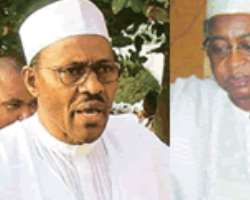 The 2011 presidential race has fully commenced with politicians, across the political divide, strutting the political space, seeking for attention of party members and Nigerians. While stakeholders in the parties would eventually decide who pick the presidential tickets at the national conventions, individual aspirants are not taking Nigerians for granted, as they hold the ace in who would win the general election after the party presidential primaries.

However, there are also the serious contenders,  who had been presidential candidates of their parties, but lost at the general elections and had to make recourse to the presidential election petitions tribunals to prove their cases; that they lost, not because Nigerians did not vote for them, but because the electoral body, the Independent National Electoral Commission, [INEC] had allegedly compromised  its statutory responsibility, to the consternation of the electorate and the presidential candidates.

We bring to you, some of these gladiators.
Sarah Jubril:  A member of the Peoples Democratic Party (PDP), she is the only woman, who had so far declared interest in the presidential race on her party platofrm.

This would be her fifth attempt.  Jibril first came into political limelight when in 1990 during the aborted Third Republic, she contested the   presidential primaries of the defunct Social Democratic Party (SDP), held in Jos, where the late Moshood Abiola won and emerged as the party candidate.

In 2007, Jubril returned to the PDP and at the presidential primaries of the party, held at Eagles Square, Abuja, she garnered four votes. The late President Umaru Yar'Adua eventually won the ticket.

Jubril hails from Kwara State. She had during her recent declaration for the exalted office in Abuja said she was not intimidated by the overwhelming support for other aspirants, including President Goodliuck Jonathan to become theparty's flagbearer and maintained she was prepared to confront any obstacle on her way.

She said the country needs a president 'that will facilitate and ensure that money/funds and services get to the villages by partnering to reduce people scrambling for money/funds from Abuja'.

When asked if she was not scared about attempts of the 28 governors of the party to influence who becomes the party's candidate, Jibril dismissed the PDP governors as paper weight.

She, however, declared that she would not quit the party if she did not get it's ticket to contest the election, but assured that she would continue to try her hands in the presidency till she achieves her ambition.

Daily Sun investigations however revealed that she was yet to pick the PDP Expression of Interest and Nomination Forms for the race.

Bashir Tofa: Former National Republican Convention [NRC] presidential candidate in the June 12, 1993 election that was annulled by former military President General Ibrahim Badamasi Babangida, the politician from Kano State is a chieftain of the All Nigeria Peoples Party [ANPP]. Penultimate week, Tofa declared his interest for the ANPP presidential ticket for the 2011 election.  This would be the second time the former NRC presidential candidate would be seeking the ANPP ticket for the presidency.

In 2007, he was going to contest for the party ticket, but stepped down for General Muhammadu Buhari after wise counsel prevailed.

For the ANPP 2011 presidential ticket, Tofa has to contend for the ticket with the sitting governor from his home state, Mallam Ibrahim Shekarau, who had since declared his ambition.

Speaking recently with journalists, Tofa declared that he would not beat a retreat, as his ambition is informed by his vision to bring about change in the country.

This is democracy. It is my decision. Look at the President of Senegal, Abdoulaye Wade. He aspired more than 10 times; in the end, he was successful. Even Buhari was saying as long as he is alive and healthy, he will continue with his ambition and there is nothing wrong with that…'

General Aliyu Gusau: the immediate past National Security Adviser, [NSA] is an aspirant on the PDP platform .The security chief from Zamfara State was a contender for his party ticket for 2007 presidential election. He came second at the primary that was won by the late Yar`Adua. Gusau, intensely reticent is hardly seen at political gathering and that has informed the speculation that his ambition was not for real, but he is allegedly being used to spoil the chances of certain politicians from the North.

A Daily Sun source revealed that while serving as the security chief to former President Olusegun Obasanjo, Gusau picked the PDP Expression of Interest Form for the presidential race in 2006 to checkmate General Babangida who also signified his intention to contest, but the former military president withdrew, giving as excuse his warm relationship with  theYar`Adua extended family.

The source argued further that the intention of General Gusau was not lost on Babangida, who had allegedly confided in the former NSA his intention to vie for the office, but was appalled when Gusau went to town to declare similar ambition, under same PDP platform. The duo are back in the trenches, to indulge in the game of wits for the PDP ticket.

But speaking with journalists last Thursday at the PDP national secretariat, Abuja when he came to submit his Expression of Interest and Nomination Forms, the former security chief who is known in security circle as the Spy Master  promised to abide by the Northern Political Leaders Forum decision on a consensus candidate for the North.

The PDP presidential aspirant, however, faulted those with the perception that the leading aspirants seeking for presidential tickets are old men, who should be propping up the vibrant youth for the exalted office of the presidency.

So, it isn't a generational shift, it is about the capability to deliver. Abdoulahi Wade is in his mid-eighties in Senegal and he is doing very well“.

Chris Okotie, an affable pastor, he was the presidential candidate of Fresh Party for the 2007 election.

Nothing was heard of the party after the 2007 election, but it has since been revived for the 2011 project. Okotie has not ceased to tell his congregation at the Household of God where he ministers that he has divine message that he would be president of Nigeria.

As the 2011 politicking  unfolds, Agoro is in the race again for the presidency. Serious, unrelenting contenders

In the race for the most exalted seat in Nigeria, two leading figures stand out  as long distance runners: one retired General and a retired Customs Officer : General Muhammadu Buhari and the Turaki Adamawa, former Vice President Alhaji Atiku Abubakar.

They had been presidential candidates of their respective parties and contested their defeat at the polls, up to the Supreme Court.

Buhari; the former military Head of State was the ANPP presidential candidate in the 2003 and the 2007 presidential elections, respectively and lost to the PDP flagbearer, Chief Olusegun Obasanjo and the late Umaru Yar`Adua.

At a recent interview, Buhari now  Chairman of Congress for Progressive Change, [CPC] Board of Trustees {BoT} and the likely presidential candidate of the party for 2011 election has vowed not to give up on his ambition.

“I refuse to give up! I am not used to giving up as a soldier and my objective is absolutely clear. It is about our people and our country.

Look at the resources we have in this country, look at the human and material resources, look at the quality of people that we have, they have never been fully exploited. And I felt that if I am in partisan politics, at least, some people will listen to me. At least, this corrupt and undisciplined nation can be reformed somehow. So, we choose a clear objective of bringing this country back from the brink. This is what is driving me.“

Atiku: dream dies hard. The former Vice President was the Action Congress presidential candidate in the 2007 election. In spite of the spirited move to disqualify him from the race by the INEC, working on instruction of he former President, Obasanjo, Atikucontested it in court and the Supreme Court declared him  eligible to contest , a week to the conduct of the general election .Atiku, the dogged fighter, contested his defeat at the tribunal, but the court returned the PDP candidate, the late President Yar`Adua.

The Turaki Adamawa is on the march again. He had declared his interest for the 2011 race on the PDP platform, even before the party's NEC granted him waiver to enable him lay claim to membership of the party.

Speaking recently with a team of senior editors, the former AC presidential candidate gave indication that his bid for the 2011 presidency might not be his last attempt.