NIGERIA: AN ADOLESCENT AT 50 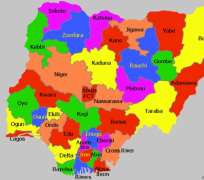 
What meaning is to be assigned to the fact that, in three days, Nigeria will mark fifty years as an "independent" nation?

This question, or a variant of it, was the focus of the latest session of the Nigeria Peoples Parliament in Diaspora (NPPiD) that held last Saturday in New York City. The NPPiD is a group of Nigerians who meet periodically to discuss different aspects of their country’s problems and then offer some solutions. With an eye on Nigeria’s anniversary, the theme for the session was "Nigeria at 50: Problems, Progress, and Prospects".

Judging by the tone of the contributions, there was little doubt that the mood was far from celebratory. Instead, the sense emerged clearly that, as an idea, Nigeria inspires in its citizens a profound feeling of dejection and disappointment. It is a nation that – as our two most famous writers, Chinua Achebe and Wole Soyinka, have warned – is yet to be founded, much less realized.

At birth in 1960, Nigeria held out great promise. Despite the perniciousness of ethnic and religious divides, most Nigerians had that buoyancy of spirit borne of the confidence that they were on their way to actualizing a formidable polity.

Alas, fifty years on, it’s hard – some would say impossible – to recapture any vestige of that once exuberant spirit. The Nigerian narrative has become one of perpetual promise mocked by the desultory quality of the sum of our achievement. This nation that once encouraged grand dreams has remained, at fifty, stuck in adolescence.

In almost every index that matters, Nigerians’ aspirations have been discounted and undermined. Nigeria’s portrait is at once sobering and a study in failure. In healthcare as in education, there is vast evidence of a catastrophic state of affairs.

At the NPPiD session, a young medical doctor just returned from a visit to Nigeria told a harrowing story about a road accident he saw on his way from the airport to his hometown. A bus had veered off the road and rammed into a tree. As a well-trained doctor, he stopped at the scene and began to help the bleeding passengers who had sustained severe injuries.

His first shock came when he persuaded a man to phone the police. There was no response. Then a call was placed to members of the road safety commission (who happened to be some fifteen minutes away from the scene of the accident). They too were not in the least interested in leaving their post to come and help in evacuating the accident victims to the hospitals.

This doctor’s shock turned to frustration when he finally conveyed the wounded to a nearby hospital only to find that the alleged medical center did not have the most basic of equipment for stabilizing trauma patients. As he asked the doctor and nurses on duty for this and that absent tool, he had the sense that the hospital’s staff regarded him as some form of spectacle.

"You’re even lucky that we allowed you to bring them into the hospital without a police report," said the doctor on duty, his manner one of icy nonchalance in the face of the groaning, moaning, dying patients. Later, a relative chided him for stopping in the first place to assist the injured. He was told that all you did when you saw an accident was to pray for the wounded – and then continue on your merry way.

The hall was riveted as this doctor gave us that first-hand account of a nation in which humans are routinely animalized. I have written elsewhere that Nigeria operates two different healthcare systems. The rich and well connected – many of them looters of the treasury – fly abroad for any form of medical treatment. The rest of Nigerians must make do with often fake, adulterated drugs and local hospitals that – in their lack of facilities – are caricatures, or resort to the futile ministrations of pastors, imams and "traditional healers" who hawk miracles and wonder elixirs.

Why has the Nigerian space become so dire? Instead of nurturing our best dreams, why has Nigeria morphed into some dream-aborting monstrosity?

There’s no question: we have been unlucky in our "leaders." Lacking imagination, energy and discipline, most of the men and women who pass for Nigerian leaders mistake public office as, primarily, an invitation to gratify their greed. They and their proxies haunt foreign capitals and cities buying up swanky real estate. Incapable of shame and lacking any sense of irony, they fail to realize that the cities whose beauty they hanker after did not fall from the sky: they were planned and built by resourceful, visionary leaders.

Much as we blame – and should blame – the dim-witted charlatans who pose as leaders in Nigeria, we must also come to terms, finally, with the fact of our collective collaboration in our degradation. The truth is that our thieving rulers have stolen, and steal, with our implicit – and sometimes explicit – permission. If all the Nigerians who complain about police corruption were to resolve to resist the harassment to "drop something," there’s no question that police-fueled corruption will decline dramatically. If a hundred enlightened citizens in every state formed a watchdog group and served notice to their governor that they would use the courts and other instruments to combat his looting, many a governor would develop the fear of wo/man (since they obviously have no fear of God).

This Saturday, Nigeria will begin the first day of its next fifty years. Is anybody in doubt that our current mode of operation cannot be sustained without doing irreparable damage to the body politic? As it is, Nigeria is a badly battered nation on life support. The best chance of saving her lies in a radical re-orientation of our attitudes. For example, let’s quit the lazy habit of describing men and women who are proven disasters as the ones who have "what it takes" to preside over our affairs. Instead of lulling ourselves to complacency with the credo that there can never be credible elections, why don’t we insist that such elections are not only possible but also a must?

And why don’t we organize to lobby European, Asian and North American nations – the destinations where looted funds are stashed – to blacklist as well as prosecute our thieving rulers? If Nigeria is to last another five years, much less fifty, then we better get the forthcoming round of elections right. And let us learn to make life hellish for those who steal our collective dreams – instead of giving them permission to thrive in their iniquity.