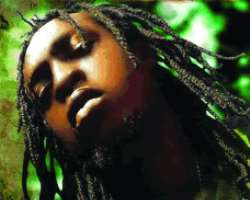 Delta State-born reggae/dancehall crooner and producer, Benjamin Ukueja, better known as Marvelous Benjy in the music circle has decided to take his music career to the next level after his three-year romance with Kennis Music crashed. The Ajegunle-based artiste who just wedded became a household name after the release of his popular song, Suo, while still with Kennis Music.

But since his disengagement from the record label, little or nothing has been heard about him and his once thriving career. The talented act; who is known for his energy-sapping dance steps however, said he has been very busy cooking some fresh beats in the studio. He recently opened up to AMEH COMRADE GODWIN, on why he left Kennis Music for High Grade Entertainment, his own outfit. He equally proffered solutions on the way forward for the industry and spoke on other burning issues affecting the showbiz terrain.

My kind of music
My kind of music is quite unique and different; I play dancehall music, otherwise known as Reggae dancehall with modern instrumentations. I have chosen to distinguish myself from my peers with a unique way of communicating socio-political issues through danceable music.

It is a kind of dancehall music that teaches moral lessons, and I have observed that it has been widely accepted by common people in the society. This is due to the ghetto activities we have everywhere, even in matured environments. There are many ghetto youths who have made it through music, against all odds. People welcome my kind of music because my songs are danceable and famous in nightclubs and parties.

Why I left Kennis Music
I was signed onto the label in 2005 and our contract was supposed to expire in 2008. But along the line, I felt like not working with them again, so I decided to go on with my life.
Whatever you hear in my music is part of entertainment.
Nothing really happened, in life one must learn how to walk alone after all, artistes like 2face, Azadus too started out with Kennis and today they are all on their own. I discovered it was high time I left. One important thing in life is to move on.

Love for satire
This style is also one of the things that make me different from the other artistes, I write my songs with facts; when I sang I Dey Beg, you all attested to the truth that we are lacking in the country, even till tomorrow I won't stop singing satire.

Way forward for the industry
We artistes should learn how to discover and groom young talents. I've always observed that the most important thing in life is to discover your talents from childhood. We artistes should remember that music won't end in our generation and those coming behind us will take the mantle from us. Also, parents should help their children discover their specialties early in life. I was able to discover and develop the talents in my own child and others to come. So every parent should do the same to their children.

Everybody must not be a musician, aside music there are other things out there but the most important thing is to discover it while the person is still young.
I want to say that our record labels should not just concentrate on established artistes, it is time they give younger artistes the chance to showcase their talents. This will contribute immensely to the progress of the entertainment industry. The up and coming artistes are the future of the Nigerian showbiz industry. The young talents too should be determined by forging ahead against all odds, you cannot come to the industry today and start making waves, you have to watch those ahead of you, because it is not easy to breakthrough in the music industry especially with the way things are in the country. But it is only for them to put in their best and get going now.

Life in the ghetto
I started out in the ghetto and I'm still part and parcel of the ghetto. Although, It has not been easy but right now, I am thinking of giving back to the society because I believe that we have a lot of budding and talented artistes yet to be discovered in Ajegunle. I have started producing some of the young talents but I still want to discover more talents, Ajegunle still have a lot to give to the society as far as music is concerned. I want to concentrate fully on the other artistes, especially those from Ajegunle.

Marriage
I am happily married and God has blessed us with children, I have a lovely daughter named Destiny. I am proud of my family and also proud of AJ city. I am doing my best to make sure that they are comfortable. Right now, I have set up my own record label called High Grade Entertainment. It is the label that has released my albums, Give it to them and others.

Fighting piracy
Piracy to me is a virus; it has eaten deep into the music industry. The only thing that would be done to reduce this cankerworm drastically, is in the hands of the artistes, one person cannot fight it single-handedly but with collective efforts I believe we can reduce it to the barest minimum, because pirates have been reaping the fruits of artistes laboured. Also, the government should invest in the entertainment industry; in most countries; their governments are in full support of entertainment but reverse has always been the case here in Nigeria. I think with the artistes putting heads together and the government supporting the industry I believes piracy would be reduced drastically.

What attracted me to my wife
I'm very happy because I have found someone that truly loves me and I am very grateful to God about it. My attraction to her was and is still divine because it is not something I can explain. I love her so much and I have been able to prove to her that the love I have for her is real. She's a lovely woman God has given me. I wedded her proper. She's not a Nigerian. Her name is Vanessa Morales, a Spanish who's based in London.

Background
My name is Benjamin Ukueja but on the stage I'm known as Marvelous Benjy.
I got into the music market with my debut album entitled New Dance. It sold for itself, the album equally contributed to my fame in the music industry.

I was with Kennis Music but now, I am producing myself under my own label. I also have other people who produce for me. I learnt production under Mighty Mouse of Jahoha studios in the mid 1990s.
For my fans, Marvelous Benjy is always there to give them the best, they should also keep supporting me and I promise to thrill them with the best. For those coming behind, they should be courageous and pray harder, God will surely see every one of us through. I'm from Delta State.