'SLAIN EFCC OFFICIAL HAD PREMONITION OF HIS DEATH' 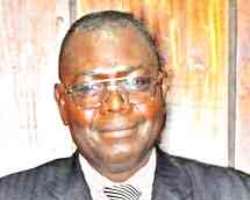 The slain Head of Forensic Unit of the Economic and Financial Crimes Commission, Mr. Abdullahi Muazu, had a premonition of his death, an investigation has revealed.

For fear of being attacked, our correspondent learnt that the forensic expert on a number of occasions slept in the office, especially on days when he worked late. Forensic science is used to describe the work of scientists who examine evidence, in order to help law enforcement agencies to solve criminal matters.

Unknown gunmen had in the early hours of Tuesday killed the top EFCC official at his residence in Kaduna, while they reportedly made away with N100,000 and some valuables. He became the sixth operative of the EFCC to be killed by unidentified gunmen, after the murder of Sgt. Edoga Eze's murder in March.

Although Muazu did not officially brief the leadership of the commission about threats to his life, a senior official of the EFCC told our correspondent that he had all along taken personal precautions.

'As if he knew that death was hovering round him, he sometimes slept in the office. He would go home the following morning to prepare for the day's job.

'He was handling several cases and nobody could say the case for which he was killed. But he had that feeling that some people were after his life. This must have been based on instinct.

'Any time he closed late from work, he would sleep in the office. He was always saying that it would be easier for those after him to get him when the roads were free,' the source said.

Judging by the account of the deceased's widow, the source said it might appear that it was armed robbers that carried out the attack.

But in view of the strategic position Muazu occupied and the high-profile cases he had handled, the source said the commission was an assassination theory.

Meanwhile, an air of gloom enveloped the headquarters of the commission, on Wednesday, as workers gathered in groups to discuss the incident, while those in the forensic unit were said to be downcast.

The Chairman of the EFCC, Mrs. Farida Waziri, was also said to have cancelled all official engagements for the day to mourn the departed senior official.

The Head of Media of the EFCC, Mr. Femi Babafemi, who confirmed the cancellation of the chairman's engagements, said it was done to honour the late Muazu.

He said, 'This was a fine, unassuming officer. He was quiet, diligent and hardworking. Like we said yesterday, that would neither dampen the morale of our staff nor affect the EFCC's war against corruption.'

Meanwhile, the Action Congress of Nigeria on Wednesday urged the Federal Government to immediately come up with a solid plan to ensure the safety of the men and women saddled with the responsibility of protecting lives and property.

The party's call followed the rising spate of killings of security operatives and members of their families.

In a statement issued in Lagos on Wednesday by its National Publicity Secretary, Alhaji Lai Mohammed, the party said all efforts must also be made to find and bring to justice those who have now resorted to targeting security operatives for simply carrying out their duties.