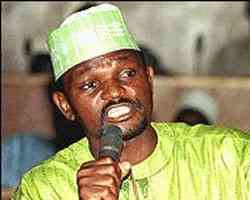 A former Chief Security Officer to the late Gen. Sani Abacha, Maj. Hamza Al- Mustapha, and three others standing trial for alleged involvement in the attempted murder of The Guardian publisher, Mr. Alex Ibru, on Wednesday told a Lagos High Court in Igbosere that they had no case to answer.

When the hearing of the substitutive suit came up on Wednesday, the prosecuting lawyer, Mr. Gbadebo Oshoala, told the court that the prosecution was ready to close its case, following its inability to bring other witnesses to court.

Justice Mufutau Olokooba had, at the last adjourned date, advised the prosecution to bring its 10th witness or close its case. he also warned that he would not entertain further delay of the matter.

But Oshoala informed the court that his witness, a military officer, was not in court. Justice Olokooba consequently closed the prosecution's case and invited the defendants to open their defence

But the lawyers to the defendants unanimously adopted a 'no case' submission.