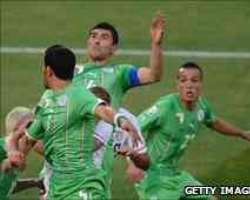 Algeria have named caretaker manager Abdelhak Benchikha as coach of the national team on a permanent basis.

He had been in charge since Rabah Saadane quit on 4 September after the team's 1-1 home draw with Tanzania in a 2012 African Cup of Nations qualifier.

Benchikha, 47, was previously coach of Algeria under-17 squad.

However, Algeria went out in the group stage after a draw against England and losses to Slovenia and the United States.

The Algerian Football Federation said Benchikha was appointed to “put faith in top-level Algerian coaches” and to “ensure stability of the national team set-up” during qualification for the Africa Cup of Nations.