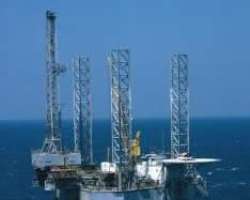 Come November this year Ghana will join the oil producing club by producing its first barrel of oil off the country's west coast. This will be Ghana's first foray into the oil industry and the general expectation is that Ghana will be able to avoid the pitfalls that have thwarted the efforts of some oil-producing African countries to make the best of the resource.

The objective of this article is to inform Ghanaians of some of the potential consequences of the any mismanagement of the oil find. Stories from other Afrikan countries such as Gabon, Equatorial Guinea and Nigeria give reason for cautious optimism as Ghana prepares to exploit its oil.

The resource has had a rather corrosive effect on the democratic development of these countries, with the attendant abuse of public wealth, mismanagement of the resource and social strife.

The indictment is rather compelling in the case of Nigeria, where the insurgency in the Niger Delta serves as a constant reminder of the need for proper governance, and adherence to the principles of equity and fairness in the sharing of benefits from natural resource exploitation.

The Niger Delta is at the heart of Nigeria's oil production but the people of the Niger Delta have not reaped any benefits of the immense oil wealth that has been made in the 50 or so years since Nigeria began to produce oil.

Rather, the Niger Delta communities have seen their land polluted, water poisoned, roads poorly maintained, a situation that has given rise to militancy among the youth of the region as they clamour for social justice.

A major challenge for Ghana, clearly, is how to avoid the Niger Delta situation. The Niger Delta and the frontline oil districts of Ghana have something in common, in that both are characterized by immense poverty.

The reality is that despite billions of oil being produced in the Niger Delta and billions of dollars received by Nigeria, The Niger Delta today is a sad story of pollution, wanton neglect, dire impoverishment and a community torn apart by the broken promises of the Nigerian government and the multinational oil companies.

This is what we in Ghana want to avoid. We cannot tolerate a situation in the districts bordering the oil find, where because of unfavourable, sometimes dubious agreements which oil companies sometimes enter with the government, benefits that should accrue to the state are siphoned away, providing the basis for insurgency and civil disorder.

To avoid any oil-related conflict in Ghana, it is imperative to ensure that any agreements that the government signs with the oil companies is in the interest of the government and people of Ghana, especially those communities in the oil producing areas.

Such contracts must require the oil companies to invest in infrastructure development in the oil communities as part of their corporate social responsibility.

The agreements should also make provision for land and any other physical asset acquired for the project to be treated as equity holding to be held by the chiefs in trust for their people.

The above measures, combined with transparent and accountable management of oil revenues will help Ghana avoid the resource curse and ensure that the blessings of Ghana's oil are spread evenly across society.