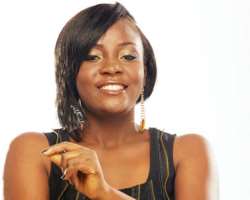 Amysterious fire might have razed Ultima Studios, the venue of the ongoing Project Fame show, but the event goes on.

Indeed, the show continues, but not with Helen and Vwede, who were evicted last weekend.

So far, eight contestants have been evicted, leaving 10 contestants to battle for the grand prize.

Meanwhile, Nigerian superstar, 2Face Idibia is the next celebrity to grace the third season of MTN Project Fame West Africa. The talented music expert will join the list of recording artistes that have featured in Project Fame after the appearance of Asa, Samini, Yinka Davies and Onyeka Onwenu.

Today, he will have the honor of being a guest and celebrity judge on the show. As the contestants will be performing most of his hit tracks such as African Queen, Only Me, True Love, and One Love, he will be on hand to assess, evaluate and criticise their performance. After their performances, he will end a show by performing for the millions of Project Fame fans, who will no doubt be watching the show.

”We are glad to have 2Face on the show. These talents look up to him. They want to be like him, and it is a good way to make them feel the excitement and promise in store,” Femi Ayeni of Ultima Studios said.

Tolu, Chidinma, Adebola, Rhoda, Eyo, Ochuko, Joecilia, Yetunde, Christian and Kesse are gunning for the N2.5m prize money and a brand new Toyota RAV4 and a recording contract, which the winner will go home with.