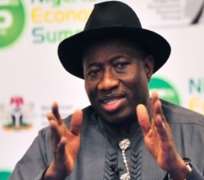 One thing is clear in Nigeria of today. The mere fact that a large chunk of Nigerians are more politically-conscious, talking about politics, reflecting on the past, criticizing our political blocs and gangsterism, and identifying banes of our development is a clear indication that we are close to our desired greatness.

This topic has been chosen because of declarations of interest in the race to the presidency in 2011. Many are declaring. Many are waiting and yet to declare. But to me, only one powerful contender has clearly shown up. Those who have shown interest for the race are just very few in number as compared to the past. What it really portrays is that our democracy is still under siege. There are still indices that our democracy and those who are supposed to be democratic frontiers in the country have not been liberal.

In the list of those who have publicly announced interest to be the number one citizen, at least between 2010 and 2015, are former Military Head of State, General Muhammadu Buhari of the Congress for Progressive Change (CPC). Gen. Buhari has toiled so much since 2003 to return to the leadership of Nigeria as a democratically elected president. A survey of this man shows him to be a good man, loved by many Nigerians. Yet, there are many forces against his interest. His party is new and seems to have followers predominantly from the north.

Another aspirant is the sitting governor of Kano State, Mallam Ibrahim Shekarau of the All Nigeria Peoples Party (ANPP). He made his intention open few weeks and it is believed that his performance as a governor may be added advantage for him. But has the ANPP, the party under which General Buhari ran twice for the president in 2003 and 2007, germinated to withstand the political tornado sweeping across the country? Again, has he all what it takes to be an independent national president?

In the Peoples Democratic Party (PDP), two people have declared. Former vice president, Alhaji Atiku Abubakar, who is still battling for reintegration into the PDP, is on the move. We can recall that he founded and funded the Action Congress (AC), a party that is in power in Lagos and Edo states. But why he prefers to abandon his pet party and return, ceremoniously or unceremoniously, to PDP is still unclear. It cannot be easily forgotten the political forces the party created in the 2007 general elections, despite the fact that it was then a young party.

Also in PDP, Dr. Sarah Nnadzwa Jibril is in the contest for the president come 2011. She is the only female presidential aspirant and candidate on the Nigerian electoral platform.

This is the fifth time Dr. Jubril is in the race for the presidency. She was an aspirant under the defunct Social Democratic Party (SDP) in 1993. In 1998, under the umbrella of the PDP, she aspired and lost to former President Olusegun Obasanjo. In 2003, she contested for presidency on the platform of the Progressive Action Congress (PAC). She contested for PDP presidential ticket in 2007 and lost at the convention which was won by the late President Umaru Yar’Adua.

In her declaration, she made some interesting claims. She proposes to be a parenting president that will attend to the problems of Nigeria. She attributes the crises in the nation to the absence of character in most of the people occupying public offices and pledges to address quality citizenship and underdevelopment of the system: in the family, communities, professions, economy, governance, infrastructure and diplomacy.

She calls herself a neutralizer candidate who wishes to practically resolve the argument over north/south political dichotomy. She has even called for the zoning of the presidency to women. Other qualities she feels for herself are comforter, nurturer, rescuer and motivator. Hear her boast, "Yes, I am in the race for the fifth time. But I stand as a motivator. This is a battle between good or evil, of mediocrity or excellence, of criminality or discipline. This is an issue of consistency and endurance."

Dr. Jibril seems to forget that in Nigeria, politics transcends mere abstract nurturing and provision of rescuer-leadership. No liberal citizen can undermine her ability to deliver. But many regard her to be a mere joker because our political history has pictured her to only show up when elections are near the corner. Some critics have tagged her as an opportunist who awaits a buyer that can pay her to step down. Is PDP, the self-acclaimed largest party in Africa, a soft party for soft politicians? Can PDP allow her to nurture Nigerians as a mother? Can the first lady cajole her husband not contest for a woman?

However, a critical observation reveals that no aspirant from the Southern part of the country has openly announced interest in the race. No South West or South East politician wants to be president this time!? Does is mean they are backing zoning? Does the South West believe that former President Obasanjo has taken their turn from 1999 to 2007? Are the South East people awaiting their turn in future or what?

The only person from the South South so much taunted to declare for the presidency is the sitting president, Dr. Goodluck Ebele Jonathan. Although as many as over 1000 different groups, most of which are gatherings of hangers-on, are feasting on the ambition of the president, it is irritating that the politics is being tensed-up with the president’s silence. Even if it is becoming clear that silence depicts approval in this case, it is not gold because there are reservations that otherwise may occur.

Recently, there was news that the president has declined to run. But this was swiftly dismissed by his aide on media. A lot of Nigerians, especially the political bigwigs have been thrown into darkness and suspension because of this delay. Most are very careful not to be ensnared by the follies of those who would tell the president what his heart may desire to hear all times.

Many of these groups feasting on the president’s silence are busy attempting to discredit other genuine politicians from making their ways for the realization of their dreams. Those are the Any Government In-Power (AGIP) types who fade away immediately after the battle is fought and lost. Billions of Naira, which should have been used to develop our human and infrastructural capacities between now and the election proper, are being channeled into the basket pockets of the ever wanton political prostitutes in the name of campaign and mobilization.

Also making ways to the Aso Rock Villa is former Military President, Ibrahim Badamasi Babangida popularly called IBB. Just like President Jonathan, IBB has not formally declared. But unlike Jonathan who has not even informally said yes or no, IBB has been affirmative in his pursuit to occupy the President’s seat as a democratically elected leader. He is the man so much talked about and admired outside the government of the day. Without mincing words, he is the aspirant to beat in the PDP primaries and presidential election.

In one of his interviews with newsmen in Minna, IBB pricked the veins and arteries of millions of Nigerians. I say this because I have come across many people discussing it. The nation has suffered so much backwardness because of injustice, inequity and the aftermath of the civil war. Straight to the fact, the civil war brought into the people a great loss of trust among the citizens and the Igbo tribe, one of the three major ethnic groups in Nigeria, has been the worst hit by this sad development.

Even against common belief that one third is less than two third: that is the Hausa/Yoruba minus Igbo, the nation has refused to grow because the lack of agreement among these three groups has remained unresolved. The Igbo have been denied. They were relegated to second class citizenship and were made socio-economically and politically irrelevant. It was a political caging and congee. But they are the wisest and most creative in this country.

The negative effects of the civil war would have continued to bite harder on the Igbo till now owing to the pseudo mistrust against them. But to them, they have to comprehend the full implication of the byword, bitten once twice shy. They cannot afford to be mere political allies at all times. They can equally be the president of Nigeria and they have to look to the near future.

Since 1970 when the civil war ended, the Igbo (Dr. Alex Ekweme) have only succeeded in being the second citizen. For forty years now, the presidential slot has been between the North and South West, more to the first under the military and more to the later under democracy. And surprisingly, since the return of Nigeria to democratic governance in 1999, all the States of the South East have been with the ruling PDP where they only lead the party to do the dirty job for others.

It should not continue. The South-East must open up to demand for equity in the power sharing. And I strongly believe that when that is done, the nation will grow stronger in unity and development. Who among those clamouring for the presidency have really traversed the length and breadth of Nigeria? Who among them knows a place called Ehugbo in Nigeria?