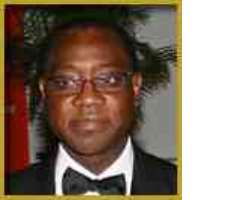 The Minister of Finance, Mr. Olusegun Aganga
The Federal Government has concluded plans to raise N80bn ($533m) in 91-day, 182-day and 364-day treasury bills next week, according to the Central Bank of Nigeria.

According to a Reuters report on Thursday, the apex bank said it will issue N20bn in 91-day bills, N30bn in 182-day bills and N30bn in 364-day bonds, using the Dutch Auction System on Thursday.

In a related development, the Federal Government has concluded plans to raise $500m in bonds between September and October to finance the growth of the economy.

The Minister of Finance, Mr. Olusegun Aganga, had said this at a press briefing in Lagos last Friday.

According to him, the fund to be raised will be a benchmark for corporate organisations to raise funds at a cheaper rate from investors abroad.

Aganga also said the government was poised to make things work in the country, as it had set aside $1bn from the Excess Crude Account for that purpose.

He said, 'The Federal Government will raise $500m from foreign investors between September and October to finance infrastructure in the country. This will serve as a benchmark for local companies to raise funds from foreign investors to finance their operation. The Securities and Exchange Commission is coming up with something to make local companies to have access to cheaper long-term bonds.

'We are encouraging international investors to invest in the country. We want to establish a corporate structure for our corperate entities to access long-term funds to guarantee long term economic growth.'

He added, 'We need to build our economy on a stronger foundation so that we don't have the boom and burst we had before. There is high level of unemployment in the system.

'Money came into the system through the capital market, foreign direct investment, banks and all others. So we have to do something.'

On the growth of the economy, Aganga said, 'We want to make everything work; we are going to set aside $1bn for it from the Excess Crude Account. Going forward, we want to set up a legislative rule to support it. Existing rules allow us to do it.'

Aganga also said that the Federal Government was not planning to extend its borrowing beyond 40 per cent of the Gross Domestic Product.

According to him, currently the country's debt is about 15 per cent of its GDP.

He said, 'We don't intend to get it up to 40 per cent or near it. It is 80 to 88 per cent in Europe currently. Any loan has to be cleared and we should know how it would be paid back.

'About 85 per cent of the loans we have today are concessionary loans; that is, you don't have to pay after the first 10 years at 1.75 per cent. Pay back time is between 30 to 40 years. Going forward, we will ensure that such loans will be used for what will be beneficial to the populace.'