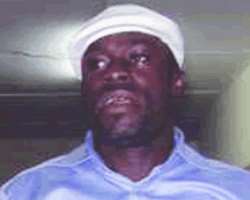 An ominous, eerie pall now pervades the Niger Delta following last Tuesday's brutal murder of Soboma George, a former commander of the main militia group in the Niger Delta, Movement for the Emancipation of the Niger Delta (MEND), in Port Harcourt, Rivers State.

Soboma was among about 13,000 former militants in the region who surrendered their arms after embracing the federal government amnesty programme last year.

The late President Umaru Yar'Adua had in June 2009 proclaimed an unconditional pardon for militants to end years of violence, cult group clashes and armed conflict in the region.

Since then, not much had been heard of the notorious Kalabari-born leader of the dreaded Outlaws, a cultic street gang in Port Harcourt, until he was felled by bullets fired by yet to be identified gunmen, who reportedly trailed him from a football field in the Borokiri area of the state capital.

Soboma, said to be in his 30s, was on his way from the venue of a tournament he co-sponsored and was buying groundnuts from a hawker when his assailants opened fire on him and left him in a pool of his blood. His boys later took his corpse and deposited it in a mortuary. MEND has not reacted to the incident, but security has been beefed up in the state and across the Niger Delta, with security agencies placed on high alert.

The Joint Military Task Force (JTF) has also intensified patrol of the waterways to forestall any reprisal attack from the Soboma gang, which is believed to have been weakened after he alongside 20 members embraced the federal government's amnesty on August 7, 2009. A crackdown on some of his loyalists is also imminent even as sources close to his gang informed Sunday Sun that his boys have vowed to 'respond forcefully' to the murder of their leader after the mourning period declared. The boys, it was gathered, have begun to regroup.

Already, there is apprehension that Soboma's death could threaten the post-amnesty programme and spark off another season of gang wars in Port Harcourt and other cities in the region, considering that politicians are often behind their activities. In 2004, the Rivers State House of Assembly then led by the current governor, Chibuike Amaechi, proscribed 104 cult gangs after clashes between notorious gangs such as the Icelanders, Bush Boys, De-Well and De-Gbam virtually turned the streets of the state capital into killing fields. But the proscription did not stop politicians from engaging some of the disgruntled youths in the prelude to the 2007 elections in the state.

As the 2011 elections draw close, Sunday Sun investigation revealed that again some discontented politicians have perfected plot to engage youth gangs to prosecute their campaigns as well as hound opponents.

Sunday Sun had recently reported that politicians in Edo, Bayelsa, Delta and Rivers states were plotting to engage ex-militants as foot soldiers in the 2011 poll.

Conspiracy theory
On Friday, the state police command said it is on the trail of three members of another cult gang, Greenlanders, which it claimed was responsible for Soboma's death. The Commissioner of Police, Mr Suleiman Abba, promised to fish out the killers. Regardless, the speculation is that Soboma was a major victim caught in the crossfire of the unfolding power play between political gladiators in the state.

Although he was among the early group of militants to surrender their weapons after embracing the amnesty programme last year, the ex-MEND commander was never wholly accepted as having repented, especially in security circles. This perception was reinforced by reports that some members of the gang were beginning to foment trouble again in Town, the area of the state capital where it used to have its base.

It was also gathered that Soboma had been contacted by one of the blocs engaged in the power show in the state. It could not however be confirmed whether this was done to enlist his support and that of his boys for next year's poll. It is also believed that his death was a reprisal for the brutal murder of another ex-militant in another part of the state barely two weeks ago.

But a source close to the gang dismissed these allegations and rather fingered agents of the state government for the attack. The source said Soboma had been against some of the policies of the government, particularly the demolition of houses in the Port Harcourt waterfront areas. Soboma's gang controlled Marine Base, one of the areas slated for demolition.

'Soboma will not die in vain. Those behind it will hear from us when it is time. That is all I can say for now,' the source, a member of the gang, warned when he was contacted on the telephone by Sunday Sun at the weekend.

The 'cat with nine lives' falls
Shock and disbelief initially greeted the news of Soboma's murder among Port Harcourt residents. This was expected considering that he had hitherto appeared invincible. On several occasions in the past, he had mysteriously escaped attacks by rival cult groups as well as evaded arrests. In 2007, he was feared killed in a shoot-out when his boys stormed a police station in Port Harcourt where he was being detained. But like a native doctor convinced of the efficacy of his charm, he virtually let down his guard on that fateful day, and it turned out to be fatal.

Soboma was second-in-command to another ex-militant leader, Ateke Tom, in the Icelander, another cult group, before they fell out and he went on to set up the Outlaws. In 2005, while facing sundry charges and detained at the Port Harcourt prisons, he broke jail and went underground for some time.

In 2007, he was arrested for a traffic offence. But while he was being quizzed at the Central Police Station, hundreds of his boys, who got wind of the arrest, mobilised to the streets, shooting sporadically. They marched towards the police station where they rescued him and also broke the doors to the cells to free other detainees.

In 2008, soldiers from the Port Harcourt army barracks stormed his Marine Base hide-out to arrest him but he escaped minutes before they arrived. The soldiers attacked the hideout with gun boats, armoured personnel carriers and helicopters for aerial surveillance, but they still missed him.