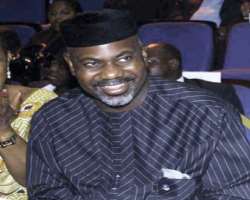 
San Francisco, August 20, (THEWILL) - In an effort to fast track the implementation of Cross River State Geographic Information System (CRGIS), the State Executive Council in its 33rd council meeting, approved the sum of $1.7m for the procurement of consultants for the project.

Commissioner for Lands and Housing Development, Mr. Bassey Oqua, who disclosed this to journalists shortly after the weekly meeting in Calabar on Wednesday, disclosed that an American firm, International Land System Incorporated in partnership with Teq Bridge Nig Ltd was chosen as the preferred bidder after the technical and financial review of the four companies that bided for the job.

He said, the GIS when fully operational will address all challenges arising from land administration and management, adding that the ratification is the component of the phase II of the implementation process which started with the setting up of a steering committee with the Governor as the chairman of the project implementation committee which entails to fast track the process to meet up contractual agreements on delivery of certificate of occupancy in 6 months.

On the expansion of the Urban Street light project to Federal Housing Estate, State Housing and Calabar South Local Government Area to enhance aesthetics and security, the Commissioner for Works, Mr. Bassey Ekefre disclosed that the sum of N2.7b has also been ratified by the council in favour of Miser Leliker Nig. Ltd to effect an installation with a three and half years moratorium at sixty four thousand naira monthly payment.

He added that the contractor has already been mobilized on site as work is expected to commence soon, maintaining that with the new power plant now at the new Secretarial to power the street lights which was hitherto fed from Tinapa power plant, it would guarantee uninterrupted power supply to the streets.

The Special Adviser, Mortgage Finance, Mrs. Rosemary Achonwa stated that the state in its quest to provide affordable houses to the citizenry was able to secure the sum of N1.5 billion from the federal government to boost the development process, adding that Cross River State Property and Investment Ltd. (CROSPIL) is working on a modality to disburse the fund for development.

She pointed that the state government in addition to Akpabuyo Housing Estate whose physical work is to commence in September, has acquired another forty hectares of land at Odukpani to further expand the development, maintaining that with the recent passage of the Public Private Partnership (PPP) Bill 2010 into law by the Governor and successful procurement of consultants by the department, it is obliged to define accurately a housing delivery standard for Cross Riverians, attract donor funding offshore with a well articulated policy frame work which is now in place and defined housing development models.

Commissioner for Information and Orientation, Mr. Edet Asim, who moderated the session, pointed out that apart from the newly ratified projects, development projects like the massive rural road construction, electrification and upgrading of facilitates at the various tourism locations in the state are at various stages of completion.